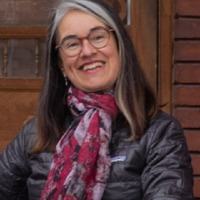 I am a cross-appointed faculty member in the Human Rights and Social Justice program in The Institute of Interdisciplinary Studies.  I am also a member of CIRICLE, the Centre for Indigenous Research, Culture, Language, and Education. I welcome enquiries regarding supervisions in the human rights humanities, Indigenous cultural studies, transitional justice and cultural studies, contemporary poetry studies, and contemporary theatre studies.

Most of the first twenty years of my research and teaching career has focused on contemporary Canadian, US, Indigenous, and transnational poetry with publications on writers ranging from the modernist H.D. to Audre Lorde to Canadians Dorothy Livesay, Lilian Allen, Daphne Marlatt, and Dionne Brand. In the past five years, my research and teaching interests have broadened to include contemporary theatre studies, particularly focused on transnational, Canadian, and Indigenous theatre. I consider both poetry and theatre to be a means of performative intervention into important conversations around social identities, human rights, citizenship, and ecological concerns. These priorities inform both my research and teaching.

Compelled by interests in feminist, critical race, and postcolonial theory, I have been especially engaged in the emerging field of literature and human rights, publishing in several key volumes that have helped define the field: Teaching Human Rights in Literary and Cultural Studies (2015) and The Routledge Companion to Literature and Human Rights (2016).

After attending “Idle No More” teach-ins here on unceded Algonquin territory led by “Niigaan: In Conversation” and being propelled by the 2015 Truth and Reconciliation Commission’s 94 Calls to Action, my most recent work engages with the pressing issues of addressing the injustices wrought by 150 years of settler colonialism and attending to Indigenous claims to land, territorial, cultural, and embodied sovereignty. My recent essay in this area is “Restaging Indigenous – Settler Relations: Intercultural Theatre as Redress Rehearsal in Marie Clements’ and Rita Liestner’s The Edward Curtis Project. (Theatre Research in Canada, Spring 2017).

— With Sarah Waisvisz. “The Steveston Noh Project as Redress Theatre from Below.”  Canadian Literature.  Spring 2013.

“Human Rights Poetry as Proxy Trial: Bodies and Bystanders in Margaret Atwood’s `Footnote to the Amnesty Report on Torture.” The Adventurist Jurist. Eds. Diana Majury and Atkinson, Logan. Toronto: U of Toronto P, 2007.

“Witnessing Alongside Indigenous Memorial Spaces and Ceremonial Practices.” CACLALS, U of Calgary, May 2016.

—with Steve McLeod. “Unsettled Solidarities”: Settler Learning Through a Practice of Place-Based Relationships” CALA, U of Calgary, May 2016.