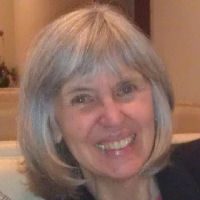 My project investigates the intersection of the literary imagination and actual large-scale historical situations of oppression.  Specifically, I am looking at novels written by authors who were actively involved in those situations and who wrote from a sense of responsibility to their readers and to the truth of events and history as they experienced them. Such “insider” novels are inevitably ideologically inflected, but, curiously, the case-study novels on which I’m currently working are united in their persistent refusal of the reductive tendency to situate people and events uncritically on one side or the other of an assumed binary situation. In legal or judicial discourse, human rights are generally considered categorically in terms of victims and perpetrators and of right and wrong. Courts find human rights abusers guilty or not guilty. By contrast, novels by literary writers who have experienced oppression first-hand reveal that such situations are never black and white but overwhelmingly gray, characterized by complication, contradiction and complicity. These novels provide insights into the workings of oppression and suggest a unique and important role for the novel in current discourses of human rights, one not limited to bearing witness, truth-telling, or confessing guilt.

“Literal and Literary Representations of Family in The Mysteries of Udolpho.” Reprinted in Nineteenth-Century Literature Criticism, 106 (2002).