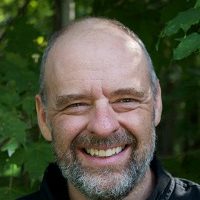 Generally speaking, my research examines the early modern social imaginary—that is, the production of subjective and collective identities, desires, and anxieties in sixteenth- and seventeenth-century English literature and culture.

Crucial to my research is understanding how texts constructed not only various subjectivities, but also different modes of interiority, especially types of thinking, remembering, and imagining. For the early modern period, these modes of interiority are mediated, on the one hand, by the principles of rhetoric, which dominated the spheres of education, the institutions of law, the printing press, and the court, and, on the other hand, by faculty psychology, which wove together multiple discourses on mentation and interiority, including Aristotelian natural philosophy, Galenic medicine, and Aquinian theology.

By tracing the social imaginary in English writers, such as Spenser, Sidney, Shakespeare, and Burton, my research reveals the extent to which early modern rhetorical practices and knowledge of the body could structure something as private and intimate as a person’s beliefs, thoughts, and fantasies. It also highlights the vast conceptual distance existing between modern notions of interiority and early modern ones. My most recent projects on remembering explore the ways in which the memory arts — from scholarly practices, mnemonic devices, and rhetorical strategies to emblems, monuments, and the memento mori tradition — extended the early modern mind into social situations.

“Monumental Memory and Little Reminders: the Fantasy of Being Remembered by Posterity.” The Routledge Handbook of Shakespeare and Memory. Ed. by Andrew Hiscock and Lina Perkins Wilder. New York: Routledge, 2018. 297-311.

“The Reformed Blazon and its Mnemonic Rhetoric: The Song of Songs in Tudor England.” The Development of a Protestant Memory Art in Reformation England. Sixteenth Century Studies Conference. Milwaukee, WI. 28 October 2017.

“Spenser’s Paranoia of Interiority and Intemperate Remembering.” ‘A Young Conception’: Theatres of the Mind in the Works of Shakespeare and his Contemporarie. Conference of the Canadian Society for Renaissance Studies. University of Ottawa, Ottawa ON. 31 May 2015.

“The Art of Memory and Early Modern Interiority.” Cogito, Ergo Shakespeare?: Cognitive Literary Studies from the Medieval Mind to Milton’s. Association of Canadian College and University Teachers Conference. The Learned Societies Conference. University of Ottawa, Ottawa ON. 31 May 2015.

2017–ENGL 5303: Between Fantasy and Memory: The Image and its Place in Early Modern Literature

2013–ENGL 5303: The Force of Phantasm and Phantasy in Spenser, Marlowe and Shakespeare