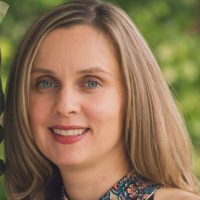 In broad terms, my research focuses on social determinants of health among potentially vulnerable populations (e.g., older adults, women who have experienced abuse, individuals who have experienced discrimination). I study the influence of psychosocial factors, and especially particular social group identities (e.g., as a caregiver, a woman, or a person of religious faith), on coping with stressful experiences. My research takes an interdisciplinary and community-based approach in order to contribute toward developing healthier societies for all by focussing on three interconnected themes: 1) healthy aging, 2) religious identity, and 3) coping with stress.

During her undergraduate degree in Psychology, Renate minored in French Language & Literature in Southern France for a year, where she learned to appreciate fine wine, French cuisine, and the valuable contribution that the study of humanities can make to understanding human health and well-being, for a truly interdisciplinary approach.