In commemoration of the World Day of Social Justice, LERRN is proud to share the stories of our partners committed to the social justice for all. For DIGNITY Kwanza, our lead partner in Tanzania, the pursuit of social justice for every individual, even the most marginalized and vulnerable is at the heart of their mission. 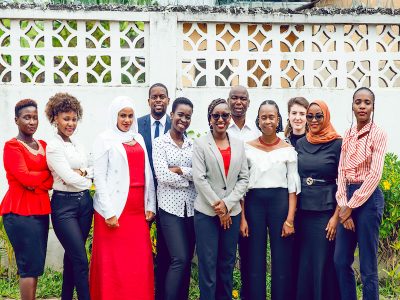 DIGNITY Kwanza believes that every person has a potential value of his/her own and everyone within the society should get an opportunity to show this potential, achieve self-fulfillment, and contribute to the country’s overall development. Through education, support and empowerment, Dignity Kwanza works to promote and safeguard humanity and dignity of marginalized and vulnerable populations.

DIGNITY Kwanza has several notable projects that fall in line with their mission.

The first phase of the project, funded by the French embassy in Tanzania, provided business training to 50 vulnerable individuals, and kick start money to five pairs of individuals to implement their business plans. Community leaders were also provided with capital to establish businesses that would benefit their community members. The second phase, funded by the Amaris Foundation, is focused on mentorship, coaching, provision of legal and technical support, and project monitoring.

This project has many success stories, including individuals who now run their own restaurants, tailoring marts, and a poultry farm that has grown to the capacity of 600 chickens which are sold to reliable permanent customers. 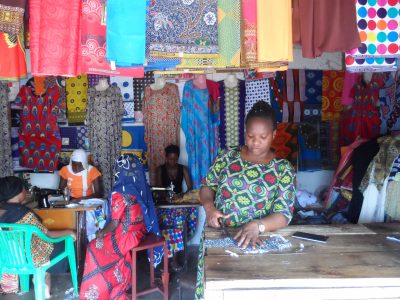 One of the individuals who was able to implement their tailoring business plan thanks to DIGNITY Kwanza’s entrepreneurship training program.

Empowering Communities at risk of Statelessness in East Africa – Tanzania.

Working alongside the Kenya Human Rights Commission, and the International Refugee Rights Initiative in Uganda, DIGNITY Kwanza launched a project to empower stateless communities in East Africa. Their goal is to empower and equip groups affected by or at risk of statelessness with tools and knowledge to enable them to advocate for access to citizenship.

As a result of this project, the Makonde community in Zanzibar who are at risk of becoming stateless, were able to organize themselves, register all community members, and present their case before the government. They have been granted audience before the House of Representatives where they will present their concerns on their own. 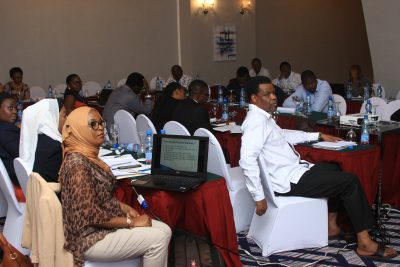 DIGNITY Kwanza is committed to addressing Gender-based violence (GBV) including sextortion affecting women and girls both in migrant and refugee communities, and within Tanzanian host communities. DIGNITY Kwanza assists women and girls who have been impacted by GBV to develop safe spaces where issues can be discussed, and where they can obtain legal assistance. Paralegals within their own communities are educated on the legal procedures for when cases of GBV arise, such as reporting mechanisms, preserving evidence/proof, and case pipelines.

DIGNITY Kwanza also works with local government officials to address GBV issues in communities, and is part of the coalition advocating for community and social institutions to combat GBV, for example, the establishment of family courts. 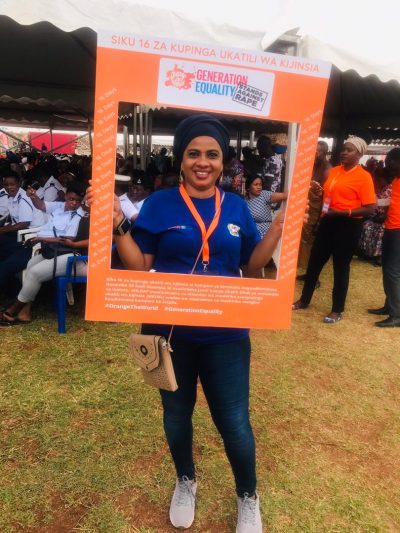 DIGNITY Kwanza assists women and girls who have been impacted by gender-based violence.

DIGNITY Kwanza provides individualized and group legal assistance to their target groups. Legal aid includes legal advice, legal representation, legal drafting, education and empowerment through training on legal rights and procedures. For example, individuals are educated on refugee status determination procedures, how to file applications for naturalization or how to lodge certain complains as the law provides. This is to ensure that their target groups can live with dignity by obtaining legal status, opening the doors for economic and social rights. Since July 2019 DIGNITY Kwanza has succeeded in providing legal aid to 48 Beneficiaries.

This post was written by Faith Mario Mjalilla, Research Assistant and Program Officer at DIGNITY Kwanza with a special focus on legal aid, policy advocacy and communications.