Canada has delivered on its commitment to include a refugee advisor in its delegation to UNHCR’s Executive Committee meeting this year. LERRN is proud to be supporting that position, and will be working closely with Malual Bol Kiir, as he undertakes this work on behalf of the Refugee Advisory Network.

Malual is the founder of the African Youth Action Network (AYAN), a leadership and peacebuilding organization based in Uganda, which recruits youths to work together as agents of peace and conflict prevention. He is also a founding member for the Search for Common Ground’s Global Youth Leadership Council (GYLC).

His role to the Canadian delegation will be to bring the refugee perspective to global refugee policy discussions.

“I think it’s very important to have refugees in the conversation. Refugees are the most experts in the refugee issues,” Malual says. “My involvement will be really different because it’ll bring in that refugee perspective and also show how Canada is committed to refugee representation. I’m very happy that Canada is living up to its commitment to meaningfully involve refugees.” 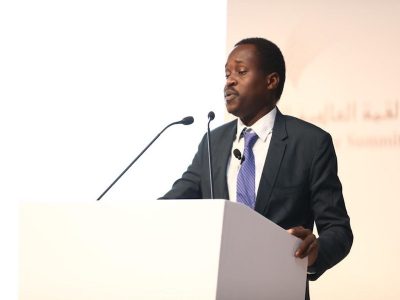 Malual Bol Kiir is the Newest Refugee Advisor to the Delegation of Canada to the 2020 Meeting of UNHCR’s Executive Committee.

A former refugee, Malual lived in a northern Uganda refugee camp from the young age of seven. His family had to flee Sudan in 2001 due to the civil war, leaving everything behind for an uncertain future. Four years later, peace was restored and he was able to return back home. Unfortunately it was short lived, with the war breaking out in 2013. Once again Malual found himself in a refugee camp.

He started noticing that there was division among refugees in the camp, especially those from South Sudan. That’s when Malual’s advocacy began.

“We faced the first civil war so I did not want us to go through what we went through again. It’s about asking myself ‘What difference could I make?’ ‘What is it that I can do for my refugee community?’ How can we be better refugees and better citizens when we go back home?’”

From there Malual reached out to other refugees and began mobilizing themselves as peace agents within the refugee camp.

Now resettled in Canada, Malual is determined to give refugees a voice on issues that concern them. “I hope Canada continues to engage with refugees. I hope I won’t be the last refugee that will be part of conversations,” Malual says.

Malual is very proud of the crucial role refugee-led organizations are playing in the response to COVID-19 in their communities, including translating health resources into several local languages for people to better understand health and safety protocols.

The 71st session of UNHCR’s Executive Committee meeting will take place on October 5-9. For more updates on the meeting and on refugee participation activities, follow us on Twitter.