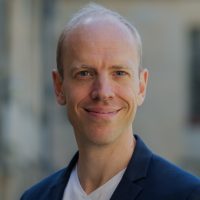 Alexander Betts is Professor of Forced Migration and International Affairs, Senior Fellow in Politics at Brasenose College, and Associate Head of the Social Sciences Division at the University of Oxford. He was Director of the Refugee Studies Centre between 2014 and 2017. His research focuses on the politics and economics of refugee assistance. In additional to ten other books, he is co-author, with Paul Collier, of Refuge: Transforming a Broken Refugee System, which was named by the Economist in its ‘Best Books of 2017’. He has been named as a World Economic Forum Young Global Leader, a Foreign Policy magazine top 100 global thinker, and a Thinkers50 emerging business influencer. His TED talks have been viewed by over 3 million people. He has previously worked for UNHCR and serves as a Councillor on the World Refugee and Migration Council. He is a Fellow of the Academy of Social Sciences (FAcSS), and has published academic articles in, for example, World Development, the Journal of Development Studies, African Affairs, Migration Studies, Journal of Refugee Studies, Ethics and International Affairs, and Perspectives on Politics. He leads the IKEA Foundation-funded Refugee Economies Programme, and most recently wrote The Wealth of Refugees: How Displaced People Can Build Economies (Oxford University Press, 2021).