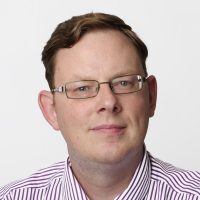 Dr. Philip C. Orchard is an Associate Professor of International Relations at the University of Wollongong, New South Wales, Australia. Formerly an Associate Professor of International Relations and Peace Conflict Studies at the University of Queensland and the Assistant to the Representative of the UN Secretary-General for Internally Displaced Persons, Dr. Orchard also served as the Research Director of the Asia Pacific Centre for the Responsibility to Protect, where he remains a Senior Research Fellow. Dr. Orchard holds a PhD from the University of British Columbia and won a 2016 Australian Awards for University Teaching Citation for Outstanding Contribution to Student Learning as well as other teaching awards at the University and Faculty levels.

He is the author of Protecting the Internally Displaced: Rhetoric and Reality (Routledge, 2018) which examines how the emergence of IDP protection as an international issue in the past twenty years has challenged basic understandings around similar issues, including refugee protection, migration, humanitarianism, and international humanitarian and human rights law. and of A Right to Flee: Refugees, States, and the Construction of International Cooperation (Cambridge University Press, 2014) which examines the emergence and evolution of norms around refugee protection and which won the 2016 International Studies Association Ethnicity, Nationalism, and Migration Studies Section Distinguished Book Award. He is also the co-editor, with Alexander Betts, of Implementation in World Politics: How Norms Change Practice (Oxford University Press, 2014), and the co-editor, with Charles Hunt, of the forthcoming book Constructing the Responsibility to Protect: Contestation and Consolidation (Routledge, 2020).