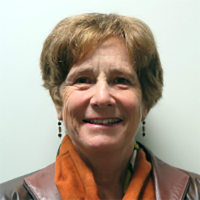 Susan Kneebone is a Professorial Fellow and Associate at the Asian Law Centre, Melbourne Law School. She researches in the area of International Migration, Nationality and Citizenship Law, including refugees, statelessness, human trafficking, marriage migration and migrant workers, with particular reference to South East Asia. She has published widely in international journals including the Journal of Refugee Studies, the International Journal of Refugee Law and the Journal of Immigration, Asylum and Nationality Law.

Prior to her appointment at Melbourne, Kneebone was a Professor in the Faculty of Law, Monash University. In 2012 she was elected Secretary, International Association for the Study of Forced Migration (IASFM) and was appointed to the Senior Research Associate Network and publication board of the Refugee Law Initiative, University of London. In 2013 she was appointed an Institutional Partner with the Refugee Research Network, Refugee Studies Centre Canada funded by the Canadian Social Sciences and Humanities Research Council. In December 2014 she was invited to the UNHCR Annual Dialogue on ‘Protection Challenges’ in Geneva, and in March 2015 to the Seventh Colloquium on Challenges in International Refugee Law, University of Michigan Law School.