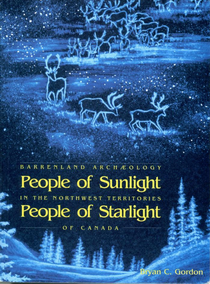 This study of the effect of herd following on culture reflects over twenty years of field and laboratory research. The author analyzes and compares some 13,000 artifacts from 1,002 hunting camps of the Northern Plano, Shield Archaic, Pre-Dorset and Taltheilei traditions. Exploring reasons for seasonal tool variation and similarity, he considers geological, biological and historical influences on caribou hunters.

This study attempts to elucidate the temporal and spatial interrelationships between the barrenland Pre-Dorset peoples, climates and caribou herds in the period 1500-700 B.C. Items such as discreteness of herds and human bands, band movements and communication and differing cultural patterns as evidenced in artifacts, are discussed. All are used in the formulation of the discrete band / discrete herd relationship.

This is a preliminary study of temporal and spatial relationships between Canadian Plains peoples, climates and bison populations over the past 10,000 years. Discreteness of two bison populations, hunting and band movements and communication are discussed together with the probable role of grassland faciation as a control on bison migration.

2005 8000 Years of Caribou and Human Seasonal Migration in the Canadian Barrenlands. Proceedings of the Tenth North American Caribou Workshop, 4-6 May, 2004. Rangifer, Special Issue No. 16, 2005. 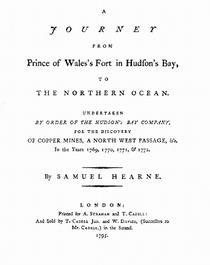 The first avocational Barrenland ethnologist, Samuel Hearne was a keen observer of the Chipewyan lifeways, adopting a functional approach to everyday tasks that we examine in our Website.

1894a Dr. Cook among the Esquimaux: Editorial New York Journal of Gynecology and Obstetrics IV:287.

1894b Gynecology and obstetrics among the Ekimos. Brooklyn Medical Journal 8:154.

A 180 pp. single-spaced annotated bibliography of use to archaeologists and biologists assessing seasonality of animal kills and ancient camps (cross-indexed by author, subject and Linnaean species).

For more information on publications by the Canadian Museum of History:

Tooth Sectioning as an Archaeological Tool

The Borden System of Site Identification

A Glossary of Manitoba Prehistoric Archaeology

Tyrrell Surveys of the Barren Lands – U of T Libraries

More References and Links to come . . .