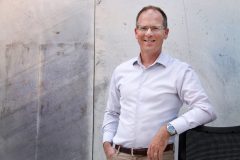 Long-standing member of the Carleton community, Prof. Jonathan Malloy is not only a sought-after expert on all things political science, but he also plays an important role in the university’s long-term success through his work on the Carleton University Board of Governors.

Jonathan is a professor in the Department of Political Science, and has served two terms as the Department Chair from 2012-2018. After completing his PhD at the University of Toronto, Jonathan had hoped his work would one day bring him to Ottawa.  As a political science scholar, the nation’s capital was an obvious choice for his up and coming career.  Following a job opportunity, Jonathan joined Carleton’s Faculty of Public Affairs twenty years ago, and he has been a devout Raven ever since.

Currently, Jonathan is the Honourable Dick and Ruth Bell Chair in Canadian Parliamentary Democracy.  This position was created in 2009 following a generous donation from Carleton alumna Dr. Ruth Bell, and is tasked with promoting a better understanding of the Canadian parliamentary system.

“It was important to Ruth Bell that the Chair be not just about research, but also about public understanding within the university and beyond to promote and gain an understanding of parliamentary democracy,” explained Jonathan.

As part of the Bell mandate, Jonathan has organized multiple campus events to help promote parliamentary democracy, including a recent talk from guest speaker Dr. Kiera Ladner, also a Carleton alumna, on Missing and Murdered Indigenous Women and Girls.

“The talk was not about parliamentary procedure or the House of Commons – it was about an important aspect of Canadian politics these days,” said Jonathan. “I am trying to expand the scope of the [Bell] mandate a bit: parliamentary democracy is about parliament, but it is also about the political environment in which parliament operates.”

Jonathan is Carleton’s second ever Honourable Dick and Ruth Bell Chair, and only one year into his term, he is already advancing the university’s academic mission.  Now, as a member of the Board of Governors, Jonathan continues to serve Carleton for the better.

Jonathan was elected by his peers to the Board of Governors in 2018 as one of its academic staff representatives, and currently serves on the board’s Finance and Audit and Risk committees. Almost two-thirds through his three-year term, Jonathan says that he has learned a lot from this experience, but also feels like he brings a slightly unique perspective to the board.

“As any member of the board, we are there to look at Carleton as a whole,” said Jonathan.  “However, as a faculty member, I know a lot about the university, and an important role on the board is asking questions and making comments that come out of the knowledge of the day to day operations.”

From serving on both the Finance and Audit and Risk committees, Jonathan says it is fascinating to look at the university in terms of broad financial goals and risk appetite – something that he had not often considered before becoming a governor.

When speaking of his twenty-year journey at Carleton, Jonathan believes there are a lot of things the university has to be proud of.  As a student, Jonathan attended the University of Waterloo, Queen’s University, and the University of Toronto respectively, so he is no stranger to the many university campuses of Ontario.  However, when asked to identify something that sets Carleton apart from the rest, Jonathan quickly recognized the Faculty of Public Affairs as an area that punches above its weight.

“This is very unique to Carleton, as no one else has a Faculty of Public Affairs,” he explained. “Carleton has a tremendous bench strength in the study of public policy, politics, [and] international affairs, and it is really exciting to be part of this.  As a political scientist and the parliamentary democracy Chair, this is a pretty great home to be.”

Speaking from a non-academic lens, Jonathan identified Carleton’s tunnel system as another excellent aspect of campus – especially in these frigid Ottawa winter months.

Jonathan is also an accomplished author, and has written, edited or co-authored four books, including his most recent project:  Work Your Career: Get What You Want From Your Social Sciences or Humanities PhD (co-authored with Loleen Berdahl).  Even though this book was aimed towards PhD prospects, Jonathan says its message can be helpful to all students.

“It is important to emphasize that there is not one single academic path, and it’s going to be a learning process to figure out what is right for you and what suits your context,” said Jonathan.  “This is a message for students at any level for whatever goals they might have.”