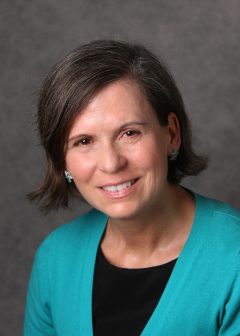 In the Carleton University directory, Prof. Elinor Sloan is listed as Chair of the Political Science Department.  While the title is accurate, it is far from an exhaustive list.  Elinor wears many hats around campus, and she is recognized as a Carleton University alumna, professor, Chair, Senator and Board of Governor.  In her nearly 20-year tenure at the university, Elinor has planted deep roots within the campus community and proven herself to be an essential part of Carleton’s governance.  Through her current role on the Board of Governors, Elinor is one of two faculty members representing Senate and is Vice-Chair of the Board’s Advancement and University Relations Committee.

Elinor’s longstanding tenure at Carleton makes it difficult to believe she never planned a career in academia.  Elinor obtained her undergraduate degree from the Royal Military College of Canada and spent four years as an army logistics officer (regular force) in the Canadian Armed Forces.  With a keen interest in foreign policy, security and defense, Elinor attended Carleton’s Norman Paterson School of International Affairs, and Tufts’ Fletcher School of Law and Diplomacy in Boston to obtain her Master’s degree and PhD, respectively.

Returning to Canada, Elinor joined the federal government as a defense analyst in the Department of National Defense.  However, her interest in academia remained.  “I had never planned an academic career, and when I did my Master’s degree, I had no intention of doing a PhD,” explained Elinor. “After I completed my PhD, I went into government – which was always my plan.  One day I saw a job opening [at Carleton], so I threw in my CV and then forgot about it.”

Elinor applied to Carleton’s Department of Political Science in the summer of 2001, shortly before 9/11.  In the aftermath of the tragedy, Carleton was undertaking a search for security and defense professors – moving Elinor’s expertise to the top of the list. “I interviewed for the job and was fortunate enough to be chosen,” stated Elinor. “I did not hesitate in going from government to academia…and from day one, I really enjoyed it.”

Two decades since becoming a faculty member, Elinor is still taken by the beauty of Carleton’s campus. Noting the university’s geography, she believes Carleton feels like a community, a green island surrounded by a fairly large city.  It is this small-town feel that Elinor loves most.

“I think my favourite thing about the university is its collegial, community environment,” explained Elinor. “I often tell my friends that pre-pandemic, students would show up to class in pajama pants and flip flops in January – and I just love that.  It is that friendly, community feel that always strikes me about Carleton.”

With such an admiration for campus and the people in it, Elinor felt the impulse to give back to the university and show her appreciation for Carleton in a more tangible way.  After working as a faculty member for almost 14 years, she stumbled across a call for nominations to Senate and decided to throw her hat in the ring.

“I was wanting to contribute more to the university, and I saw the opportunity on Senate come up,” stated Elinor. “So, I put my name in and became a Senator. But at that time, I was not planning on becoming a Board member.”

In 2016, shortly after joining Carleton’s Senate, Elinor was elected to the Board of Governors as a Senate representative. Later, she became Vice-Chair of the Board’s Advancement and Community Relations Committee, and for the past two years has also served on the Board’s Executive Committee.

She credits her successes to small, meaningful, daily actions – a piece of advice she would like to pass-on to students. “Don’t spend too much time mapping out exactly where you are going in life. Follow your interests, and work hard every day, and doors will start to open.”

Elinor is entering the final year in her second, three-year term on the Carleton Board of Governors and becomes Clerk of Carleton’s Senate in July.