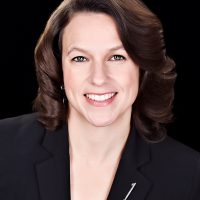 Christina Tessier was appointed to the position of President and CEO of Ingenium – Canada’s Museums of Science and Innovation in 2018. Prior to her appointment, Christina served as Director General of the Canada Science and Technology Museum, where she led the fast-tracked renewal of the Museum which reopened in November 2017. Prior to her role as Director General, Christina was Director of Operations at Ingenium’s Canada Aviation and Space Museum.

Christina has worked in the cultural field for close to 20 years at various institutions, including the Portrait Gallery of Canada, at Parks Canada where her work focused on National Historic Sites, and at Ottawa’s Bytown Museum. Christina is an active member of her community and currently sits on the Board of Directors of the Royal Society of Canada and on the University of Ottawa’s Institute for Science, Society and Policy Advisory Committee. She has also served on a number of committees and juries for the Canadian Museums Association, the Ontario Museum Association, and the City of Ottawa. She was President of the Council of Heritage Organizations in Ottawa and the founding Chair of the Ottawa Museum Network.

Christina is a graduate of the University of British Columbia, with a degree in Classical Studies. She also holds a diploma in Applied Museum Studies from Algonquin College.

Christina was elected to the Board of Governors for a three-year term commencing September 29, 2020 and ending June 30, 2023.