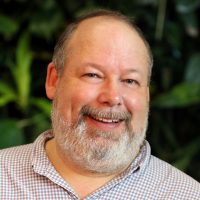 Daniel Greenberg, M.S.M., was born, raised, and is proud to have lived most of his life in Ottawa. Most of Dan’s education took place in Ottawa including at Glebe Collegiate Institute and the University of Ottawa.

Dan is the president and owner of Ferguslea Properties Limited which owns the Accora Village community in Ottawa, and the leader of over 100 amazing team members. Dan is president and part-owner of Camp Bonaventure Limited which owns three flyfishing lodges in the Gaspé region of Québec, recognized as some of the world’s leading flyfishing lodges.

He is honoured to be part of a family with a history of community involvement. His mother Shirley E. Greenberg, C.M., O.Ont., was awarded the Order of Canada and the Order of Ontario for her philanthropy and her advocacy of women’s rights and women’s health. His late father Irving Greenberg was a business leader who donated to the arts, education, healthcare, the Jewish community in Ottawa, and combat poverty. His wife Barbara E. Crook, M.S.M., was awarded the Order of Ottawa for her community work and philanthropy. In 2018, Barbara and Dan were awarded the Meritorious Service Medal by Governor General Julie Payette for their philanthropic contributions and for inspiring a spirit of giving in Ottawa and beyond.

Dan is a past board member of the Queensway Carleton Hospital Foundation and was the chair of its ‘Care Grows West’ campaign which raised $35 million to support QCH’s third expansion and the creation of the Irving Greenberg Family Cancer Centre (in partnership with the Ottawa Hospital). Dan serves as vice president of the Irving Greenberg Memorial Camp Fund which enables children living in non-profit housing in central Ottawa to attend summer camp at no cost.

Dan is proud of his family’s connections with Carleton University. His wife Barbara was a lecturer at its School of Journalism and Communication. His mother Shirley was a mature student who graduated with a B.A. in sociology and political science. An annual scholarship is awarded in her name to a deserving student who is a sole-support parent. Dan’s late father Irving was a member of the Board of Governors and was responsible for the lead donation that created the Minto Centre for Advanced Studies in Engineering. Dan is honoured to be part of the family responsible for Minto CASE and was privileged to attend its opening.

Dan’s proudest achievements are making a difference for people facing cancer or mental illness in the Ottawa region and making Accora Village a leading rental community in Canada.

In addition to his spouse, cat, work, and philanthropy, Dan’s interests include Canada, current affairs, environmental sustainability, the Ottawa Valley, flyfishing, photography, the Ottawa Senators, and Iceland. Not necessarily in that order.