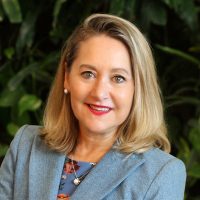 Jane Taber is a veteran communicator. A journalist for more than 30 years, Jane spent 25 years on Parliament Hill as a columnist and political reporter with The Ottawa Citizen, The National Post, and finally a decade with The Globe and Mail. She was also co-host of CTV’s Question Period, an hour-long political affairs program on CTV’s main network, for six years.  Currently, she serves as Director of Communications to the Premier of Nova Scotia.

As a national political reporter, Jane covered every prime minister, from Brian Mulroney to Stephen Harper, and their governments. Along the way, she had a front-row seat to the major political events in this country and abroad, including G8 and G7 summits, the war in Afghanistan, federal and provincial elections and countless first ministers’ meetings.

She knows government, the issues and the players. Her final assignment before leaving The Globe and Mail was covering Queen’s Park and as a columnist, writing the “Women In Politics” column.

In September 2016, Jane left journalism and took on a new role in public relations and crisis communications. As Vice President of Public Affairs in NATIONAL Public Relations’ Toronto office, she used her network effectively in helping the company become more involved in the important public policy debates and conversations of the day.

For example, NATIONAL’s extensive work on the Public Policy Forum’s Shattered Mirror report, in which the non-partisan think tank examined the state of the media industry, democracy and trust in the digital age, helped deepen and inform the conversation around the changing media landscape in this country.

Jane grew up in a newsroom. She knows news and a news story, its importance to the public debate and the best reporters and editors to tell that story. At NATIONAL she trains senior executives and academics for appearances in front of the media and hopefully taught them to understand the challenges now facing journalists because of the digital age.

Jane is a proud graduate of Carleton University’s School of Journalism. She has appeared as a pundit on all of the major networks, and still contributes in that role. In 2015, she was a juror for the Writers’ Trust of Canada’s Shaughnessy Cohen award for Political Writing, and was a juror for several years for the Canadian Journalism Foundation’s Lifetime Achievement Award. This year she is serving as a mentor for the Public Policy Forum’s Action Canada fellows.