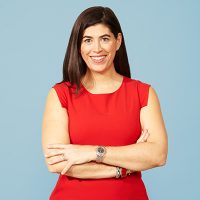 She joined the CVCA in January 2019 after a decade in the corporate world, leading external affairs for Amgen Canada; a world-leading biotechnology company. Prior to Amgen, she held the position of Vice President Federal Government Relations for the Retail Council of Canada.

Kim has an expansive background in the public sector and held the position of Director of Communications to Canadian Foreign Affairs Minister, the Hon. Pierre S. Pettigrew. Prior to joining Minister Pettigrew’s office, Kim was an advisor for the Honorable James. S. Peterson, Canadian International Trade Minister on trade policy issues such as aerospace, intellectual property, and emerging markets.

A strong believer in solid public policy dialogue, Kim is a member of the Canada 2020 Advisory Council, a nonpartisan progressive think tank and is a member of Equal Voice, a multi-partisan action committee devoted to the idea that more women must be elected to every level of government in Canada. She also sits on the Advisory Council of Ivey Centre for Health Innovation.

Kim is also the former President of the Norman Paterson School of International Affairs Alumni Association where she received a Masters degree in Trade Policy and Global Finance. She is also an alumnus of McGill University, where she graduated with a Bachelor of Arts in American history.

A Quebec native, Kim was born and raised in the picturesque town of Percé on the Gaspé Peninsula. She currently lives in Toronto with her husband Howie and her twin boys, commonly known as the peanuts.

Kim has also been interviewed for a governor spotlight – see what she had to say.