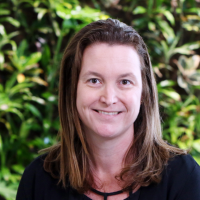 Louise Hayes is the Director, Parliamentary and Cabinet Affairs with the Treasury Board Secretariat. She joined the public service in 2007 and has worked within Health Canada and Veterans Affairs Canada in parliamentary, policy and regulatory roles. Prior to joining the federal public service she worked for the House of Commons as a Procedural Clerk and for a federal Cabinet Minister.

Louise is Past-President of the Carleton University Alumni Association (CUAA). She is a proud former varsity athlete, swimming, and first became involved with the Carleton University Alumni Association in 2007 as President of the Swim Team Chapter. She joined the CUAA Executive Council in 2010 and served two terms as the Athletics Representative and Alumni Representative on the Athletics Board. She then served as Vice-President before becoming President in 2016.

Louise was re-elected as the alumni representative on the Board of Governors for a two-year term commencing July 1, 2021 and ending June 30, 2023.