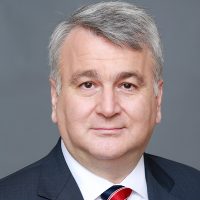 The son of Greek immigrants, Nik Nanos is Chief Data Scientist and Founder of the Nanos Research Group of Companies.  He leads Nanos Research, one of Canada’s most distinguished research companies, which he founded in 1987. The Nanos Research Group of Companies includes Signal Leadership Communications, a social public relations firm specializing in issues and image management in a digitally disrupted era. It also includes Nanos-dimap Analytika, an analytics and targeting research practice that is a joint venture with dimap, one of Germany’s top research organizations. Nik also leads the team behind the Nanos Bloomberg Canadian Confidence Index which monitors consumer confidence in the Canadian economy and streams data to Bloomberg terminals each week.

Nik has an interest in advancing and supporting journalism. He has championed the G. Stuart Adam Award in Journalism, which gives outstanding Master of Journalism students at Carleton the means to go out into the field, across Canada or abroad, to produce their capstone Master’s Research Projects. He is a regular supporter of Canadian Journalists for Free Expression, which works to defend and protect the right to free expression in Canada and around the world. Nik is a past chair of the Government of Ontario’s Constable Joe Macdonald Public Safety Officers Survivors’ Scholarship Fund, which assists the families of police and public safety officers killed in the line of duty with the costs of post-secondary education. He also currently volunteers as Honorary Captain (N) in the Royal Canadian Navy assigned to the Navy Reserve Division HMCS Carleton (no relation to the university).

Nik has undergraduate degrees in history and political studies and a Master of Business Administration from Queen’s University in Canada. His training includes PhD level studies in quantitative methods at the University of Nottingham in the United Kingdom. He is a Research Associate Professor at the State University of New York at Buffalo and a Global Fellow at the Woodrow Wilson International Center for Scholars in Washington, D.C. Nik has also been elected a Fellow of the MRIA (FMRIA), the highest professional designation in the marketing research industry in Canada and holds a Certified Management Consulting (CMC) designation.

Nik is a leading corporate business strategist, conducting market and public opinion research and providing counsel to diverse organizations, including Fortune 500 companies and non-profit groups. A data scientist, speaker, commentator and author on economic, social, consumer and business trends, he is a sought-after resource for insight on the latest forces reshaping the world.

His book, The Age of Voter Rage: Trump, Trudeau, Farage, Corbyn & Macron – The tyranny of small numbers, explores how the marginalized and the margins are rewiring democracy through populist style politics, small swings in voter sentiment and computational propaganda. The Age of Voter Rage was recently named a top 10 non-fiction bestseller among independent publishers in the United States.

Nik is the father of four boys and married to Paule Labbé.