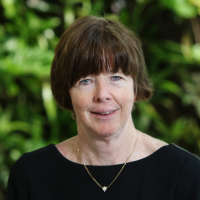 Susan Mingie, CPA, was a partner at Deloitte LLP for over 20 years. During her 30 years with the firm, Susan’s appreciation of other cultures flourished during international work engagements, which included, among others, the United Kingdom, Thailand, the United States and Mexico.  Returning to Canada, Susan brought her specialization in corporate mergers and acquisitions as well as financial restructuring to the role of Financial Advisory Director of Operations for South Western Ontario.  She was directly responsible for leading and mentoring a team of professionals, resulting in exponential growth of the practice during her tenure.

Returning to Ottawa, retirement enables her to continue to pursue her passion for running, and she is looking forward to participating in her next marathon. On the non-profit side, Susan has continued her family’s tradition and over the years, has been an ardent fundraiser and supporter for diabetes.

During her working career, Susan held the position of Deputy Quality Leader for Deloitte Financial Advisory for 11 years and was a member, and subsequently Division Chair, for the CPA Ontario Professional Conduct Committee for 10 years.  Currently, Susan is excited to be back at Carleton University, her alma mater, where she earned two degrees: a Bachelor of Arts, majoring in Law and Psychology, with a specialization Criminology, and a Bachelor of Commerce Honours.