Your instructors bring together a wide range of academic, professional, and lived experience that serves as the foundation for the journey you will take together in our program. You can learn more about Katherine Minich, Frances Abele, and Jerald Sabin on their faculty profile pages. Information on other instructors for the program are provided below. 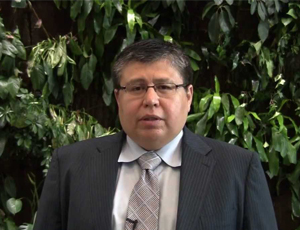 Terry spent over twenty-five years in senior finance and management positions with high profile Indigenous organizations. He has demonstrated leadership and made a significant contribution to the field of Indigenous finance, management and leadership. He is the co-founder of the AFOA Canada – Harvard Business School Executive Education Program on Leading People and Building Sustainable Communities that is held annually at the Harvard Business School in Cambridge Massachusetts. In 2017, he founded the inaugural international conference on Indigenous Governance, Management and Finance on Building Indigenous Sustainable Communities. In 2018, co-founder of a social enterprise called Ind.Genuity Chartered Professional Accountants.

Since 2011, he is the President and Chief Executive Officer of AFOA Canada. Prior to this position, Mr. Goodtrack was the Chief Operating Officer of the Aboriginal Healing Foundation with responsibility for over half a billion-dollar healing fund. Previously, he was the CFO for the Federation of Sovereign First Nation and the Assembly of First Nations. At the front end of his career, he worked in the federal government in various management, policy and operational positions.

In his spare time, he is in the Agri-business sector as a part-time farmer.

Mr. Goodtrack was appointed by the Assembly of First Nations and the Minister ISC to sit on the New Fiscal Relationship working group where he is the Co-Chair. He is a sessional instructor at Carleton University’s Graduate Diploma on Indigenous Policy and Administration. He is currently a member of the Accounting Standards Oversight Council that is part of Canada’s Financial Reporting and Assurance Standards (FRAS) boards.

Mr. Goodtrack is married to his wife Genevieve. They have two daughters.

To learn more about Terry, please check out this video interview with him. 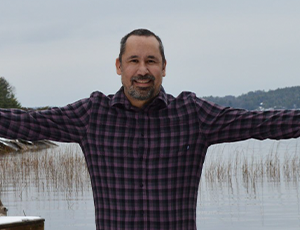 Craig is a citizen of Wasauksing First Nation and resides in his home community where he is a first term elected Councillor. From the Marten Clan, Craig enjoys being a contract instructor for the on-line Carleton University, Economic and Community Development in Indigenous Territories course as those are the traditional areas of responsibility for the Marten Clan. Craig also owns and operates Migizi Management Services – a consulting company focussed on Indigenous community development, nation building and planning.

From March 2014 – July 2020, Craig was the Chief Executive Director of his community. During that time, the community successfully ratified its Land Code, the Anishinabek Education System and also its own Constitution. In 2019, Wasauksing became the 17th First Nation Government in Canada to receive its Financial Management System Certification from the First Nation Financial Management Board and also implemented a 2019 property tax and property transfer tax regime to tax non-member interests on Wasauksing land through the authority of First Nation Fiscal Management Act. Prior to joining WFN, Craig worked as the Band Manager for Shawanaga First Nation and also spent over 5 years with Canada Mortgage and Housing Corporation (CMHC) as a Senior Advisor for Aboriginal Housing. As Senior Advisor, Craig was responsible for managing the program delivery of the Section 95 Non-Profit Housing Program and all on-reserve renovation programs for the Ontario region. During the five years at CMHC, Craig helped to inject over $190M of funding for new housing construction and renovation projects on-reserve in Ontario.

Craig graduated with a BA (Hons) from Trent University’s Native Studies Program with a specialization in Native Management and Economic Development in 2001. In 2003, he attained his Masters of Public Administration from Carleton University. In his spare time, Craig enjoys being a father, playing sports and coaching minor softball.

To learn more about Craig, please check this interview with him.