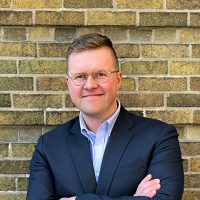 Dr. Sabin’s scholarly agenda considers how the relationship between Indigenous and settler peoples shape Canadian political institutions, intergovernmental relations, and policy processes. This work asks a critical question: In the context of (re)emerging Indigenous systems of law and government, what is the future direction of liberal democracy in Canada? A related secondary research agenda explores how other identity groups – such as those based in race, religion, and sexuality – shape Canadian public policy and government.

Canada represents a singular experiment: a settler federation grappling with its past, facing its colonial present, and charting an innovative future. I have witnessed this future most clearly working alongside Northern Indigenous and settler communities. Canada’s North is on the leading edge of political, constitutional, and administrative changes that are fundamentally remaking how Canadians govern themselves. Learning from the past, while planning for our shared future, is at the heart of my research agenda.

Sabin, Jerald. 2017. A Federation within a Federation? Devolution and Indigenous Government in the Northwest Territories. IRPP Study 66. Montreal: Institute for Research on Public Policy.