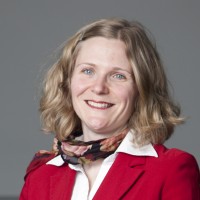 Dr. Mallett’s experience spans academia and the public sectors, working on the design, implementation and evaluation of energy, climate change and environmental policy.  She has worked for the Canadian government (Natural Resources Canada and Environment Canada), an intergovernmental organization (the Organization of American States in Washington, D.C.), and academic institutions including Carleton University in Ottawa, Canada, the University of Sussex in the United Kingdom and the University of Minnesota in the United States.  Research areas include an examination of the innovation, cooperation and adoption processes (including policies, actors and institutions) involved in sustainable energy technologies, especially in emerging economies, and Canada and the United States.   A further line of research focuses on contemporary shifts involved in the governance of natural resources, with a particular focus on mining.  Recent projects include systematic reviews assessing the effectiveness of climate policies and the potential for technological innovation to mediate policies aimed at environmental improvements, a media analysis regarding the framing of smart grids in Canada, and an examination of sustainable energy options in the Canadian Arctic.

I have worked on development, energy, and environmental issues for many years as a practitioner, policy maker and scholar. These various experiences include research within various geographic settings such as urban environments in Brazil and Mexico, India, and more recently the Canadian Arctic and Canada and the United States. This background has informed my thinking as major changes rapidly unfold involving new stressors, new players and new technologies. I am interested in these transitions; suggesting that an understanding of the processes involved in these shifts is critical in realizing potential outcomes. These changes warrant a re-think of how we organize our systems such as those around energy and natural resources and public policy plays an important role. Alternative ways of doing things and the need to reconsider conventional norms around essential concepts are required. For instance, could we move to more decentralized energy systems? Are actors turning to alternative governance schemes? What constitutes innovation? What encapsulates technology and policy design, formulation, and implementation? Who innovates and what activities are captured? What are the public policy implications of these new dynamics?

In examining the above, I am interested in real world experiences regarding these transitions (e.g. the design and implementation of policies, community engagement, social acceptance) within varying contexts. I have mainly worked in the area of sustainable energy, and more recently in mining, examining the dynamic governance of natural resources.

Afful-Dadzie, Anthony, Alexandra Mallett and Eric Afful-Dadzie (2020) 126: 1-15 “The Challenge of Energy Transition in the Global South: The Case of Electricity Generation Planning in Ghana” Renewable and Sustainable Energy Reviews.

Hanson Pastran, Sasha* and Alexandra Mallett (2020) “Unearthing Power: A Decolonial Analysis of the Samarco Mine Disaster and the Brazilian Mining Industry” the Extractive Industries and Society,

Mallett, Alexandra and David Cherniak (2018) “Views from above: policy entrepreneurship and climate policy change on electricity in the Canadian Arctic.” 18, 1-14.

On Canadian firm involvement in the mining sector in Mexico, 2015-2016
(co-supervisor with Laura MacDonald, Institute of Political Economy)

On on-line versus conventional educational credentials and employment, 2014-2015

On Land use planning and Aboriginals and Renewable Energy, 2014

“Raw Power: Evaluating the Current Status and Future Opportunities for Sustainability within the Raw Sugar Sector in Rural Colombia” 2011-2012

Tipping the Scales of Canola Control: An analysis of intellectual property rights for agricultural biotechnology in Canada’s canola sector, 2016

From Cradle to Grave: The Life and Death of the EcoENERGY Retrofit – Homes Program, 2014

The Effects of Energy Supply Contraction on Canadian Cities, 2014

Falling Through the Cracks: Development, mining companies, and conflicting accountabilities, 2014