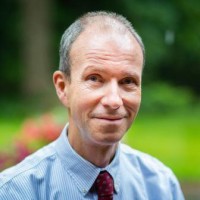 Calum’s research has touched on several policy areas, including trade and monetary policy.  Most recently, it has focused on ways in which governments do or could encourage and regulate the financial contributions that individuals make to charitable, non-profit and political organizations.

I think of economics as a way to interpret human behaviour – one that conceives of behaviour as consisting primarily of purposeful but constrained choice. As such, I have found economics to be a great investigative tool, enabling me to examine practices of governments in past or present-day settings, and to sort out what might have been the reasons for those practices, as well as their consequences. Economics has also proved to be a creative tool, introducing me to different issues, different institutions or time periods; and challenging me to come up with models of interactive human behaviour that are simple in the sense of being able to generate certain hypotheses and results, but that are not simplistic in the sense of still being able to capture key aspects of the settings at hand – whether those settings involve funding the navy in classical Athens, or defining the bounds of charity in Tudor England, or lowering the tax credits for contributions to religious organizations, or disclosing the identities of donors to political parties.

“We should talk: framing and connecting the legal literatures on charity finance and campaign finance,” King’s Law Journal (No 3 2020).

“The fiscal treatment of philanthropy from a comparative perspective,” in J. Harrow, T. Jung, and S. Phillips, eds, The Routledge Companion to Philanthropy, London: Routledge, 2016.

“Dispensing charity: the deficiencies of an all-or-nothing fiscal concept,” Voluntas (No 2 2012).