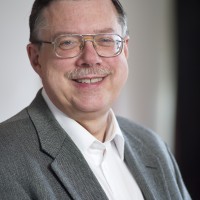 John Osborne is a medievalist and cultural historian, with a special focus on the art and archaeology of the city of Rome in the period between the sixth and twelfth centuries. His numerous publications cover topics as varied as the post-classical use of the Roman catacombs, the fragmentary mural paintings from excavated churches such as San Clemente and S. Maria Antiqua, 17th-century drawings of medieval monuments now preserved in the Royal Library at Windsor, and the medieval understanding and use of Rome’s heritage of ancient buildings and statuary. He is also interested in problems of cultural transmission between western Europe and Byzantium. Since receiving his doctorate in 1979, he has held faculty and administrative positions at the University of Victoria (1979-2001), Queen’s University (2001-2005), and at Carleton (2005-2017), where he now holds the titles of Distinguished Research Professor and Dean Emeritus of the Faculty of Arts and Social Sciences. Additionally, he has held visiting fellowships at Corpus Christi College, Cambridge; the Istituto Ellenico di Studi Bizantini, Venice; and the Dumbarton Oaks Center for Byzantine Studies, Washington. In 2006 he was elected as an Honorary Fellow of the British School at Rome.