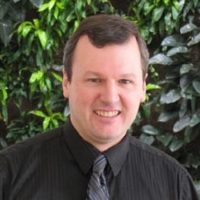 My research examines alteration of protein structure and function by oxygen, in particular, the lack of such alteration under low oxygen (or hypoxic) conditions. Such conditions are commonly encountered by humans at high altitudes, during development, and in clinical conditions such as sleep apnea, hypertension, ischemic (or the cutting off of blood flow) heart disease, acute myocardial infarction, cardiac arrest, cerebrovascular disease (such as stroke), and neurocognitive deficits. Systemic or localized hypoxia affects metabolic pathways, induces angiogenesis (or the formation of new blood vessels), and affects inflammatory responses. Many of the factors that are involved in hypoxia survival are also found to be upregulated in most human tumors. As well as disease, ischemia-associated hypoxia plays a role in tissue damage during organ transplantation as well as preservation. Using mammalian cell lines (human, monkey, rat, etc.) as the model system and a proteomic approach, we examine changes in protein expression, function and stability under varying oxygen conditions.

It is now currently established how oxygen affects one of these proteins, a transcription factor known as Hypoxia-Inducible Factor-1 or HIF-1. HIF-1 controls the expression genes responsible for hypoxia survival (such as those involved in increasing blood flow to tissues and switching from aerobic to anaerobic biochemical pathways). Under normal atmospheric (21%) oxygen, HIF-1 is hydroxylated (an oxygen-dependent post-translational modification) and rapidly broken down and hypoxia-inducible genes are not expressed. During hypoxia, HIF-1 is not modified by oxygen and targeted for destruction. Other proteins may respond to oxygen in much the same way. Oxygen could directly modify these proteins (enzymes, transcription factors, receptors, kinases, membrane channels) and control their function. Elucidation of the role of such modifications during hypoxia is key to the investigation of tissue response to hypoxic stress. Our lab uses proteomics to uncover new proteins that are modified in this manner.

Oxidative modification of proteins by reactive oxygen species (ROS) may either activate or inactivate various proteins that are involved in responses to high (hyperoxia) or low (hypoxia) oxygen. Others may be resistant to such nonspecific modifications, and thus retain function under physiological changes in cellular ROS content. Modifying ROS include superoxide, hydrogen peroxide, hydroxyl radical, nitric oxide and peroxynitrite. Projects involve cloning genes of target proteins, expression of proteins in mammalian cell lines, immunopurification of target proteins and protein complexes, and structure/function studies (which includes site-directed mutagenesis of key amino acids targeted for modification) of partially purified or purified proteins.