Professor, Chair of the Department of Biology 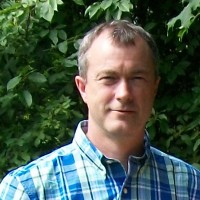 Professor, Chair of the Department of Biology

My primary research interests lie in the area of post-transcriptional and translational regulation of gene expression.  The appropriate regulation of gene expression is fundamental to life.  Conversely, abnormal gene expression is associated with a variety of human diseases including cancers, developmental disorders and neurodegenerative diseases.  We use a variety of molecular biology, cell biology, genetic and functional genomics approaches to decipher these responses using predominantly cell culture models.

A variety of physical and chemical agents lead to the activation of the p53 protein.  The p53 protein is a transcription factor that regulates a large number of stress responsive mRNAs.  We use p53 as a model transcriptional program to ask fundamental questions regarding post-transcriptional regulatory mechanisms.  We have used oligonucleotide microarrays to study the p53 response on a genome wide scale and we found remarkable complexity. For example, the p53 protein regulates the expression RNA binding proteins and microRNAs that in turn affect the p53 response itself creating regulatory loops. Understanding how these mechanisms fine tune gene expression is an ongoing focus in the laboratory.

Pre-mRNA splicing is required for mRNA synthesis to remove introns from primary transcripts.  A massive RNA-protein complex, the spliceosome, catalyzes pre-mRNA splicing. A variety of small molecule inhibitors of the spliceosome have been identified that serve as important experimental tools, as they target spliceosome assembly at distinct stages and affect pre-mRNA splicing in different ways. We are interested in understanding how disruption of normal mRNA processing affects cell biology.

Many DNA damaging agents are cell lethal at high doses or concentrations. Sensitivity to these agents is multifactorial but may involve decreased DNA repair capacity and the activation of specific cell signaling pathways. Transcription-coupled repair is a specific DNA repair pathway that couples transcription to the repair of transcription-blocking DNA lesions, permitting transcription in the face of DNA damage.  Conversely, disruption of the repair process impedes RNA synthesis and the production of mature mRNAs.  We have found that this DNA repair pathway plays a critical role in determining the response of human cells to a variety of agents including ultraviolet light and cisplatin. Ongoing efforts are directed at understanding how unrepaired DNA lesions cause transcriptional stress and lead to cell death.

Exceptional students at all levels of study are encouraged to apply.

* Trainees in my laboratory