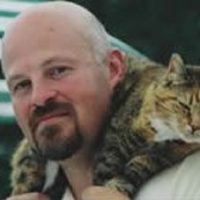 Our research has shown that synapsins stabilize synaptic vesicles.  We also found that the binding of the synaptic vesicle protein, synapsin I is modulated by the lipid packing within membranes. Cells can control the lipid packing in their membranes by metabolically altering the lipid composition. We use liposomes, monomolecular films and atomic force microscopy, to investigate the effects of phospholipid composition and packing on protein binding. Through such studies, we are obtaining a better understanding of the physicochemical parameters that affect the interaction of proteins with membranes. We use a variety of modern approaches that bridge biophysics, biochemistry, molecular biology and bioinformatics. Included are cloning and expression technologies that involve site-directed mutagenesis and recombinant protein purification and characterization as well as model membrane production and characterization. Biophysical techniques which are employed in our research include fluorescence spectroscopy, liposome production, isothermal titration calorimetry (ITC), atomic force microscopy (AFM), near-field microscopy and various types of chromatography.

Presynaptic nerve terminals are located at the ends of nerve cells; a signal propagating through a nerve cell reaches one of these compartments before being transmitted to an adjacent nerve cell. A tethered particle system (TPS) is a type of impulse-based model recently developed for the simulation of deformable biological structures. In a TPS, collisions can cause approaching particles to rebound outwards, as one would expect, but they can also caused separating particles to retract inwards. We are using a TPS model to simulate a presynaptic nerve terminal. The model captures the clustering of synaptic vesicles in the presence of synapsin I. The simulated presynaptic nerve terminal is being used, to predict how a changes in various parameters affects the size of vesicle clusters, and reliability of neurotransmitter release.