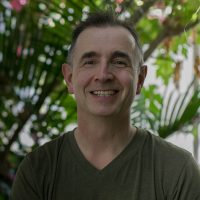 Research in Dr Sherratt’s laboratory centres on two main themes (a) the evolution of “weird” behavioural and morphological traits – such as cooperation among non-relatives and conspicuous warning signals and (b) how individual behaviour helps to shape the spatio-temporal dynamics of populations – such as the way the behaviour of individuals on encountering landscape features can help generate travelling waves.

Approximately half of the research conducted in the lab is of a theoretical nature. However we also conduct experimental research to complement and inform this theory. For instance, working with colleagues in the UK we have investigated density-dependent and sex-specific foraging behaviour of the northern gannet the dispersal behaviour of dragonflies and the use of tropical butterfly communities as indicators of ecological change .

Recent new interests include using artificial life systems to help test specific theories of the evolution and maintenance of warning signals, and the development of neural network models to quantitatively assess the extent of similarity between models and mimics.

Sherratt, T.N., Wilkinson, D.M. & Bain, R.S. (2005). Explaining Dioscorides’ “double difference”; why are some mushrooms poisonous and do they signal their unprofitability? The American Naturalist 66, 767-775

Sherratt J.A., Lambin X. & Sherratt T.N. (2003). The effects of the size and shape of landscape features on the information of traveling waves in cyclic populations. The American Naturalist 162, 503-513.