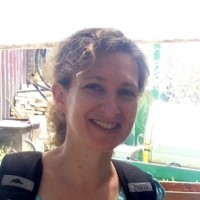 Professor Dolansky specializes in Biblical Studies, with a focus on the history and religions of Israel and the ancient Near East and the development of the Hebrew Bible.  Her research incorporates the tools of literary criticism, comparative religion, historical study, anthropology, archaeology, political science and classics in order to understand the worlds of the original authors and audiences of the biblical texts, and the subsequent development of Judaism and Christianity out of ancient Israelite religious beliefs and practices.

Professor Dolansky received the Provost’s award for Teaching Excellence in 2013 and a Professional Achievement Award from Carleton University in 2018.  She is on the editorial board for Near Eastern Archaeology, serves as General Editor for Hebrew Bible content at BibleOdyssey.com, and is a frequent contributor to thetorah.com and biblicalarchaeology.org.

Now You See It, Now You Don’t: Biblical Perspectives on the Relationship Between Religion and Magic, Pryor Pettengill Press, Eisenbrauns, 2008.

“A Goddess in the Garden? The Fall of Eve,” in Milk and Honey: Essays on Ancient Israel and the Bible in Appreciation of the Judaic Studies Program at the University of California, San Diego, eds. S. Malena and D. Miano, Eisenbrauns, 2006.

Friedman, Richard E., and Shawna Dolansky, “After-life: The Biblical Silence,” in Judaism in Late Antiquity, Part 4: Death, Life-After-Death, Resurrection and the World-to-Come in the Judaisms of Antiquity, eds. A. J. Avery-Peck and J. Neusner, Brill, Leiden, 2000.