In recent years, epidemic health outbreaks have been on the rise, despite many breakthroughs in medicine. Many diseases that have been eradicated in certain countries are now appearing again. With an evolving era where there is an increase in fast mobility at the international level, infectious diseases pose a greater risk of transmission. New cases of diseases such as cholera and HIV, have been declining over the years. 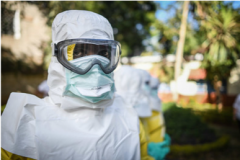 While, cases of diseases such as Ebola, Measles and Lyme disease have been rapidly increasing over the past few years. In 2014, many villages in Central Africa saw the return of Ebola, which was the largest outbreak that region has seen since Ebola’s first discovery. Back in 2014, the World Health Organization (WHO) was quick to respond to the outbreak, but they were still faced with many obstacles including inadequate treatment facilities and human resources. However, on October 18, 2019, WHO’s Director General Tedros Adhanom Ghebreyesus declared that the Ebola outbreak in DRC is still a public health emergency of international concern.

Another infectious disease outbreak that has been slowly on the rise is the measles outbreak. The measles disease is highly contagious and spreads quickly from person to person; hence, the importance of preventative measures. In 2017, Canada saw the first cases of measles with these numbers more than tripling in 2019. With many individuals refusing to get the measles vaccine and with the rise of antivaccination movements, it has become a major concern.

According to a report by UNICEF, there are 287,000 unvaccinated Canadian children born from 2010 to 2017. The situation is similar in our neighbouring country, the US, where the number of c
onfirmed cases has risen to 981 by June 2019, which was double the numbers that were seen in 2018. On November 25, 2019, CTV News reported that death tolls are rising in Samoa and are causing a state of a measles epidemic. It is a cause for public concern as there have been 2,200 reported cases since the outbreak first began in October. Samoa is just one example of many countries that are ill-equipped for dealing with epidemics. 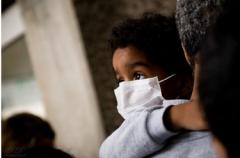 there are more control interventions for common diseases such as HIV and cholera, many systems are lacking essential services that can be provided to their populations. Often times vulnerable countries do not have the support to treat and respond to health threats effectively; thereby, providing support will allow strengthening a country’s ability to provide primary health care. There are several efforts as outlined by the WHO for countries to implement in order to prepare for epidemic emergencies.

One such effort would be strengthening surveillance and diagnostic capacities in countries. Another effort is to provide mass vaccination campaigns and health literacy programs and finally, efforts for risk communication. These efforts are targeted to enhance awareness, planning and response towards epidemic diseases.

Despite having efforts for fluwatch, Canada still lacks knowledge in Lyme disease. This disease is of particular interest to the US as well and Canada should be seeking partnerships with the US to improve efforts for Lyme disease. Rates of Lyme disease have been steady in previous years; however, more recently the numbers have seen a dramatic increase due to changing climates and warming temperatures.

It is especially crucial that Canada develop diagnostic measures in order to detect Lyme disease early on to prevent deteriorating health outcomes. This is the time for Canada to be at the forefront of research and health for developing an epidemic preparedness response mechanism that would not only benefit Canada but have other countries follow pursuit.

MSc student in Health, Policy and Technology at Carleton University.