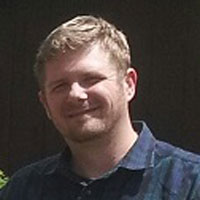 My research critically engages concepts of modernity and secularity in light of cultural and religious activity in the sixteenth and seventeenth centuries, the period commonly appealed to as secular modernity’s historical source. My book The Origins of the Bible and Early Modern Political Thought (Cambridge University Press, 2021) challenges prevailing ways of conceiving the Bible’s relationship to modernity’s fundamental religious transformations. It explores how accounts of the Bible’s origins, and not only engagement with the Bible’s contents, served varied and unexpected functions in the early modern period. Writers at the time exploited a newly heightened tension between the Bible’s divine and human dimensions in order to craft innovative narratives of the agencies and processes through which the Bible came into existence and was transmitted. I investigate how these accounts of Scripture’s production and transmission were taken up beyond a narrowly-circumscribed theological discourse, and were deployed as the theological basis for wide-reaching arguments about the proper ordering of human life. This project reflects on the implications of this overlooked dimension of the early modern Bible’s history for theories of secularity in our own time.

The Origins of the Bible and Early Modern Political Thought (Cambridge University Press, 2021).

Co-edited, with Alan Galey, Shakespeare, the Bible, and the Form of the Book: Contested Scriptures (Routledge, 2011).

“Divinity, adieu!” The Modern Subject and the Encounter with Scripture in Christopher Marlowe’s Doctor Faustus.” Literature and Theology 32.3 (2018).

“The Extrinsic Bible: Francis Bacon’s New Atlantis, Concepts of Scripture, and the Question of Secularity.” Religion and Literature 47.1 (2015)

“Northrop Frye and the Book as Metaphor and Material Artifact.” University of Toronto Quarterly 81.1 (2012).

“Scriptural Negotiations and Textual Afterlives,” co-authored with Alan Galey, Shakespeare, the Bible, and the Form of the Book.

“Apocalyptic Archives: The Reformation Bible, Secularity, and the Text of Shakespearean Scripture.” Shakespeare, the Bible, and the Form of the Book.

“The Materiality of the Bible in the Divine Economy: Henry Vaughan’s ‘The Book.’” Canadian Society of Renaissance Studies, online, May 2022.

“Imagination, Religion, and the Private and Public Spheres in Hobbes and Spinoza.”Renaissance Society of America, Dublin, April 2022.

“The Beatific Vision and the Mortal Person in Hobbes and Traherne.” Renaissance Society of America, Toronto, March 2019.

“The Afterlife and the Human Person in Hobbes’s Leviathan.” Renaissance Society of America, New Orleans, March 2018.

“The Origins of the Bible and Early Modern Political Theology.” Invited talk given to The Bible in the Renaissance Conference, Institute for Advanced Studies, Jerusalem, May 2017.

“William Tyndale, the Teleology of the Christian Life, and Genealogies of Modernity.” Canadian Society for Renaissance Studies, University of Calgary, May 2016.

ENGL 6000: The Production of Literature