English Lit Majors on the Job: The Co-Op Option

Since 2012, the Department of English has offered a co-op option to its majors. While an undergraduate degree in literature might not seem like an obvious program to pair with co-op, the combination has proved remarkably successful. Since the program began, more than twenty English majors have chosen to combine study with work. Their stories are encouraging and, often, surprising.

English is one of twelve Bachelor of Arts programs offering co-op options. Our option is available to students applying for first-year entry, or for students currently enrolled in the Honours Major. Students who choose this option complete a mandatory, online course with the Co-Op office that equips them to execute a success- ful job search and prepares them for the interview process and for the transition to a professional working environment. They then undertake at least three work terms. While the timing of work terms is flexible, the recommended pattern is as follows: the first two work terms occur in fall and winter of year three and the third takes place in the winter of year four. This arrangement means that students must study in the summer of year three and during the fall and winter of a fifth year. While the Co-Op office charges fees in addition to tuition, students don’t pay tuition while on their paid work terms.

Government work—and, in particular, writing and communications work in government—has been a popular option for English students who take co-op. We’ve had students working in a variety of government offices, including the Department of Justice, the Canada Revenue Agency, the Privy Council Office, Natural Resources Canada, and the Public Health Agency of Canada. Yet such positions represent just one choice among many. Students have also found work in the private sector—at Nokia and Blackberry, for example—and in the non-profit sector, in organizations such as the Canadian Association of Family Resource Planning.

It is now axiomatic to note that the rising cost of an undergraduate degree in this province (and others) has steered many students away from the Humanities. The co-op option offers identifiable practical advantages to students who are justifiably unsure if the high cost of a Bachelor of Arts will translate into employment. Yet as I set out to learn about the program and the experiences of English majors in it, I hoped that I would find that there is more to co-op than just employability, important as that is. For instance, I wondered if and how co-op placements in English complement academic study. I wondered about the simple potential benefit of increased confidence—that intangible characteristic that, at least from my perspective in a classroom, allows students to take risks and to learn.

In snowy January, I spent a lovely hour drinking tea in my office with Alicia Haniford, a former co-op blogger for the Department of English who is now in her last term of study at Carleton. Alicia, who was raised by scientists who encouraged her to study music, laughs at the fact that she was more concerned about practicality than her parents when the time came for her to choose a university program. Although she originally considered studying in the sciences, she ended up with a Carleton pamphlet in her hand that promoted the co-op option in English. She has never looked back: now in her fifth year and with three work terms under her belt — at the Department of Justice, Indigenous and Northern Affairs, and finally, the QC Career School — Alicia is preparing to graduate in June.

First a junior policy analyst with Indigenous and Northern Affairs and later a communications assistant with the Department of Justice, Alicia’s work terms with government agencies both required high-level writing skills. While she admits there was some friendly rivalry with her roommates, who are journalism and fellow co-op students, she is adamant that the writing skills she has acquired in her English classes served her well in these positions. In addition to more complex tasks such as summaries, research, and the creation of a pilot project on reserve housing for Indigenous and Northern Affairs, Alicia took on many smaller communications tasks, all of which tested her ability to write effectively in diverse genres. In her co-op blog, Alicia wrote:

“The thing is, writing is hard. You have to practice. A lot. I handed in an assignment to my manager last Friday — a piece of correspondence I’d drafted that afternoon — and, as he pointed out after he’d read it over, government departments can spend years training their employees to write the way that I’ve learned to write for my classes. As a side note, the same piece of correspondence also earned me the most unique compliment I have ever received in my life: my supervisor emailed me to say thanks for doing the assignment, and also to tell me that my writing skills were ‘as beautiful as a swan touching delicately down on a frozen pond.’ And yes, that’s verbatim. I’m thinking of getting it framed.”

These accolades made Alicia glow, but, of course, not all writing experiences on the job are immediate successes. I also had a chance to speak with Brittney Cooke, a third-year English major who is in the midst of her second work term. Like Alicia, Brittney acknowledged that writing in the workplace is challenging. Yet Brittney’s first position, as a technical editor at Nokia, plunged her into the particularly challenging universe of copy-editing of technical training manuals. She laughed when she recounted her surprise at what was being asked of her — to edit writing using the rules of grammar and punctuation rather than “feel.” Brittney admitted that her professors had always marked writing errors and urged her to learn to fix them, but the demands of the job gave the learning of grammar and punctuation a new urgency. This seems to me to be a wonderful example of how applied learning can be usefully channeled back into academic study.

While Alicia talks about her first two placements very positively, she seems most excited about her current work at the QC Career School, which has continued on a part-time basis during her last semester of study. Originally tasked with publicity and marketing work for the school, which offers courses and certificate programs in everything from makeup artistry to event planning, Alicia was eventually promoted to content manager (a position she still holds on a part-time basis). In this new role, she develops course content, instructional videos, and pedagogical materials. This work continues to draw on the kind of writing-based communications work she did for the government, but she is now developing content, overseeing the creation of programs from start to finish, and managing staff. I asked her if she knew anything about, for example, dog grooming, before she began developing course materials. “No!” she replied, “but I had to find out very quickly.” I get the sense that Alicia really likes the fast-paced environment of her current position — one that frequently challenges her to do things she’s never done.

When I asked Alicia if the program left her in good financial shape at the end of her degree, she responded enthusiastically: “I’ll graduate in June with no debt.” Moreover, Alicia has been able to parlay her work at the QC Career School into a full-time job that she’ll take up in May. While she didn’t enroll in the co-op option in order to avoid debt, Alicia admits that this has been a tremendous added benefit.

While Brittney began where Alicia has ended up—in the private sector—she is currently in the midst of a work term in the public sector. At Natural Resources Canada, Brittney is the coordinator of the Young Professionals’ Network (YPN), which offers job training, networking, and social opportunities for junior employees. In this role, she organizes social events and lunch and learn sessions, but she is also continuing more communications-oriented work, such as managing social media, a webpage, and a newsletter for the YPN. “What’s great about co-op,” according to Brittney, is that “you can job shop and figure out what you like. You might think you want to do something but you don’t really know anything about it.” Although Brittney doesn’t think she wants to edit technical manuals for a living, she is now quite sure that editing is something she wants to learn more about.

She also noted that co-op provides the opportunity to break out of the campus bubble. We agreed that the university campus (especially Carleton) is a pretty great place, but that undergraduate students are exposed mostly to other undergraduate students, who tend to be about twenty years old. At a lunch with a Nokia colleague who doesn’t have children, Brittney found herself being asked if millennials really don’t have cable. Her colleague was surprised at her affirmation, and she was surprised at the question, which made them both realize that conversations with people who don’t share the same spheres are a good thing. Brittney concluded our chat by observing that she “can’t understand why anyone would not want to be involved in co-op.” I think it would be difficult to disagree with her. 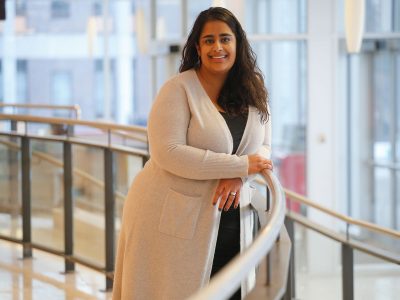 Ruth Phillips is using digital technology to reassemble items of artistic, historical and linguistic heritage collected from the Indigenous peoples of the Great Lakes during four centuries of European contact. Phillips, Canada Research Chair in... More

Listen to the CBC All in a Day Interview with Professor Marc Furstenau   Last year, the Faculty of Arts and Social Sciences and the Film Studies program (School for Studies in Art and Culture)... More