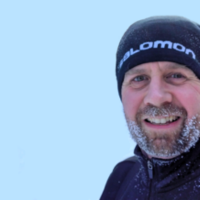 Despite decades of universal healthcare in Canada and elsewhere, there still remains pronounced inequalities in the social determinants of health and in health outcomes. These inequalities are manifest between social groups across a range of factors, such as income, education, or ethnicity. At the same time, these inequalities are spatially evident, with differences between provinces, regions, villages, and neighbourhoods. Perhaps counterintuitively, the patterns and processes of these inequalities can be measured using large data sources, sometimes termed “big data.” The focus of my research is on these persistent social and structural inequalities of health in small places and small spaces.

The substantive areas of my research are varied, but they are connected methodologically by the use of linked administrative and survey data, whether analysing problems manifest in small areas, or in small places. I prefer research projects that are collaborative in nature and engage with diverse international colleagues across disciplines and domains. My active research projects include: small-area rate variation for high health system users in rural areas, agent-based models of population change in rural and remote communities; and, data methods for modelling environmental health. Each of these projects is grounded in a commitment to conduct research informed by the communities and the subjects under study.

Slaunwhite AK, Ronis S, Sun Y, & Peters PA. (2017) “The Emotional Health and Wellbeing of Canadians that Care for Persons with Mental Health or Addictions Problems.” Health and Social Care in the Community. 25(3): 840-847.

While most of Paul’s work involves secondary data analysis using large datasets, he frequently travels to other countries to get an in-depth understanding of the communities he’s studying. During his undergraduate he did field research in the Caribbean, his Master’s research was in Lima, Peru, and his PhD research was in Santiago, Chile. Since then he has spent time visiting small villages and communities in Australia and Sweden, viewing population and health processes first-hand.