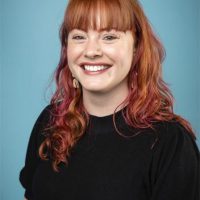 Sarah Littisha Jansen is currently a Principal Investigator with Global Insight, a US-based research consortium that brings together academic scholars and independent researchers to produce data-driven, gender-sensitive, multi-methods empirical research. As part of the Global Insight team, she co-authored an evidence, narrative, and policy review for World Vision International on the linkages between violence against children and violence against women and co-led the creation of a dataset on measures of gender equality over the last 25 years for a subset of 10 countries with large numbers of refugees and internally displaced people for the International Rescue Committee in advance of the 25th anniversary of the Beijing Platform for Action. She is also a course instructor with Carleton University, presently teaching about global policy. Previously she taught a course on preventing conflict (re)occurrence and mitigating violence in armed conflict.

She holds a PhD in International Affairs, specializing in International Conflict Management and Resolution. Her doctoral dissertation, ‘Part of the Solution: Exploring Armed Non-State Actors Commitment to and Compliance with an Anti-Personnel Landmine Ban,’ investigates the impact of peace negotiations on the renunciation of anti-personnel landmines by armed non-state actors. Sarah’s earlier research examined the impact of Serbian/Albanian bilingualism in Kosovo on sustainable peace in the region.