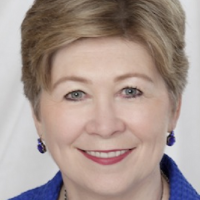 Anne McGrath is national director of the New Democratic Party. Previously, she served as deputy chief of staff to Alberta Premier Rachel Notley and chief of staff to three federal leaders of the New Democratic Party: Jack Layton, Nycole Turmel, and Thomas Mulcair. Ms. McGrath was part of NDP’s core team that brought the party to official opposition status in the 2011 election. She served as president of the NDP from 2006 to 2009 and as the party’s National Director from 2014 to 2015.

Ms. McGrath has been actively involved in eduction, organized labour, and equity issues her entire career. After a teaching career, she held a variety of positions with not-for-profit organizations, working as a Canadian programme officer for OXFAM-Canada and as a community development team leader and senior education officer for the Canadian Mental Health Association.