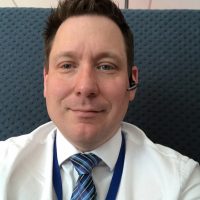 Prior to consulting, Matt was Director of Policy to the Minister of Families, Children and Social Development, Jean-Yves Duclos. As such, Matt was the Chief policy strategist for a Minister heading a Department with $100 billion spending budget and 25,000 employees. His work focused on strategic advice regarding housing and social policy development. Matt led the development and implementation of several social policy initiatives, including the Canada Child Benefit, the expansion of the Employment Insurance Program, the National Housing Strategy, the Canadian Poverty Reduction Strategy, the Canada Workers Benefit and the Federal-Provincial-Territorial Early Learning and Child Care initiative. Matt also oversaw work on the Social Finance and Innovation Strategy as well as Indigenous policy files for his Minister’s office. Internationally, Matt attended the UN Habitat III Conference in Quito in 2016, a housing conference organized once every 20 years by the UN, and he supported the development of Canada’s implementation plan for the UN’s Social Development Goals (SDG 2030).

Before that, Matt was Chief Economist (acting) at Canada Mortgage and Housing Corporation (CMHC), the 8th largest financial institution in the country and the most prominent mortgage insurer, with $250 billion of assets and $1.5 billion in annual net income. There, he oversaw econometric and financial model development for mortgage insurance and housing market analysis. Matt also worked in research centers where his work focused on the public sector (health and education), infrastructures and natural resources.

Matt’s teaching and research interests in The Clayton H. Riddell Graduate Program in Political Management at Carleton University cover attributes and best practices of leadership in the political environment, management and operationalisation of the policy development process, Federal-Provincial-Territorial politics, as well as learning policy management through practical cases.

Matt is a graduate of the University of Nottingham with a Masters of Science in International Economics and Econometrics. He also holds an MBA from Cornell University and from Queen’s University. Matt has worked and studied in Montreal and Ottawa as well as in Paris, Nottingham, Qingdao, Kingston and Ithaca. Matt speaks fluently English and French and has basic linguistic skills in Spanish.