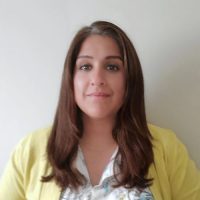 The Clayton H. Riddell Graduate Program in Political Management at Carleton University is pleased to announce the appointment of Sabina Saini as practitioner-in-residence for the 2022–23 academic year.

The former chief of staff to three Cabinet ministers, Saini has worked for almost two decades in federal politics. She was legislative assistant to Stéphane Dion, leader of the Liberal Party and leader of the opposition. She served as senior manager for policy and research in the office of Justin Trudeau before he became prime minister and then as deputy director of policy and legislative affairs in the Prime Minister’s Office. She was chief of staff to the president of the Treasury Board, the minister of employment, workforce development and labour, and the minister of health.

Saini will be teaching two courses—one on women in politics and the other on Parliament and political parties—and will act as mentor to students and will organize public events.