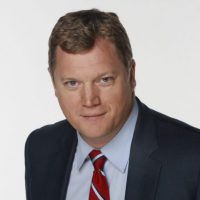 Scott Reid is a principal and co-founder of Feschuk.Reid and a communications professional who brings more than twenty year of experience in the design and execution of private and public sector communications strategies. From 1993 to 2006, Scott served in a variety of senior roles in the federal government including as Senior Advisor and Director of Communications to Prime Minister Paul Martin. Scott serves as an on-air political analyst for CTV News and is a contributor at Newstalk 1010AM in Toronto. He writes on politics for CBC.ca, iPolitics and Maclean’s.