Embracing Depression and Living the Best Life You Can 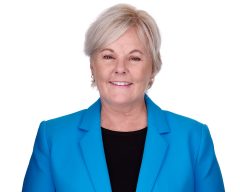 In this second talk given at Carleton University, Elizabeth Manley will be sharing the second act of her journey with mental health. “When you become resilient and get through a difficult time, it teaches you to recognize signs or situations that can set you back again,” she says. After receiving her silver medal in the 1988 Olympics, Elizabeth still faced many obstacles, but had the tools to deal with them having gone through so much in her earlier years. She has embraced her depression, leading her to be the person she is today, who is passionate about helping others through their own difficult times. Her experiences have made her love herself more, and have greater resilience and confidence in life.

With more than 30 years experience in both amateur and professional figure skating, Elizabeth Manley was the first Canadian female to successfully land a triple-double combination jump in competition. She has participated in two Olympic Games (where she won the 1988 silver medal and became the Olympic freestyle champion), six World Championships, and has won three National Titles. Reliving her incredible journey for audiences, Elizabeth gives a behind-the-scenes glimpse into what it takes to make it to the top and speaks with honesty about the importance of mental health and surviving the loss of her parents. As a skater, an Olympian, a survivor and a mental health advocate, she hopes to inspire others with her mental health journey.

Registration for the event is now closed.