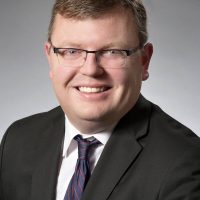 Geoffrey graduated with a Master of Arts with a major in Psychology in 2011, and, following graduation, he was hired as a Research Assistant at the Educators Publishing Service (EPS) in Ottawa. In that role, Geoffrey utilized the research skills he developed at Carleton and made great use of his statistical training that was a core component of the MA Psychology program.

“Don’t be surprised if your career following a Psychology degree doesn’t follow the “typical path”. It wasn’t necessarily the “hard skills” I learned in school that have gotten me where I am today but the so-called “soft skills”. Grab onto the many opportunities for experience outside academics that being at University affords you.”

Current position of employment or schooling

What skills did you learn in your MA that helped you in your current position?

What did you do after your MA?

After three years as a Research Assistant, I was hired as a Data Analyst and later promoted to Senior Data Analyst at the Better Outcomes Registry Network (BORN) Ontario at CHEO. It was in these roles I found that my critical thinking skills were put to test. A little over one year ago I accepted the position of Manager of CAPER where I handle all operations of this organization.