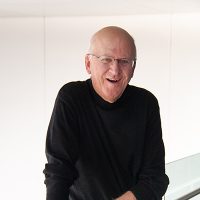 Mike Beale joined the School of Public Policy and Administration as Practitioner-in-Residence in October 2018 after a 36 year career in the federal Public Service working on environment and energy policy. Most recently, Mike was Assistant Deputy Minister (ADM) for Environmental Protection at Environment and Climate Change Canada, where he was responsible for developing and administering regulations in the areas of climate change, air pollution, water pollution and chemicals management. In addition, from 2013 to 2016 Mike was the ADM responsible for the Canadian Wildlife Service. Mike retired from the Public Service in July 2018.

Mike began his career in government at what was then Energy, Mines and Resources Canada in 1981, and joined Environment Canada in 1989.  He is an economist by training, holding an MA from University College Dublin; he pursued doctoral studies at the University of Western Ontario. Mike spent the first part of his career working on the economic dimensions of environment and energy policy, before moving to the regulatory world in 2005.