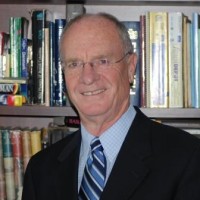 Robin Farquhar is President Emeritus of The University of Winnipeg and he served as Professor in the School for eight years following the completion of his seven-year term as President of Carleton University.  Prior to his Winnipeg presidency he was a Dean at the University of Saskatchewan, Assistant Director at the Ontario Institute for Studies in Education at the University of Toronto, Deputy Director of the University Council for Educational Administration in the U.S., and English Department Head at a secondary school in British Columbia.  He earned his PhD at The University of Chicago, and has published eight books and monographs as well as more than 100 articles in academic and professional journals.

His main areas of research are higher education policy and management and leadership preparation, and since retiring from Carleton he has been active as an international consultant in those fields – working with dozens of university leaders in more than twenty countries throughout western and eastern Europe, across Russia, and in North and East Africa.  He is a former President of the Canadian Society for the Study of Education and the Commonwealth Council for Educational Administration and Management (of which he was named a Fellow) and a former Chair of the Canadian Bureau for International Education, from which he received the Award of Merit. He has also served on the governing Council of the University of Madeira and as Vice-Chair on the Board of Directors for Academics Without Borders, and he has undertaken many engagements with the European University Association and the Salzburg Global Seminar as well as the Association of Universities and Colleges of Canada.

He now lives in Victoria.