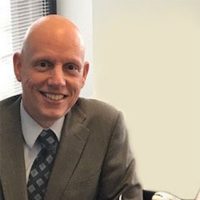 Marc Rioux was appointed Adjunct Research Professor on January 1, 2020 in the School of Public Policy and Administration. He was also a Public Servant in Residence from October 5, 2020 until September 21, 2021. He is also the Executive Director of the Transportation Policy Innovation Centre (TPIC) since October 5, 2020.

Before joining the School, he served as the Executive Director, Air Policy (International) at Transport Canada. In this capacity, he was responsible for all aspects of international air policy, including the implementation of the Blue Sky policy, as well as Transport Canada’s commitments related to air services under the Canadian Tourism Strategy. He also had responsibilities with respect to the implementation of the Canada-United States Preclearance Agreement in Canada.

Prior to joining Transport Canada, he held a number of positions at the Treasury Board Secretariat, Public Works and Government Services Canada and the Labour Program of Human Resources Development Canada. He also served 11 years in the Canadian Armed Forces where he was an air navigator on the C-130 Hercules and Boeing 707.

Dr. Rioux holds a Bachelor’s degree in Economics and Commerce (with specialization) from the Royal Military College of Canada (Kingston, Ontario), a Master’s degree in Applied Economics from the University of Victoria (British Columbia), and a Ph.D. in International Affairs from the Graduate School of Public and International Affairs of the University of Pittsburgh (Pennsylvania, United States).

Dr. Rioux is fluent in French, English and Spanish.