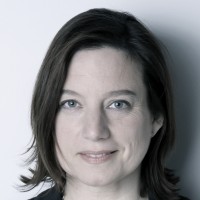 Political Economy in Developing Countries, from an International and Comparative Perspective, is a key feature to her Research. Her Doctoral Thesis revolves around three essays on Business and Public Policy in South America, under the direction of Professor Stanley Winer, Canada Research Chair in Public Policy.

Silvia G. Agnelli landed at the SPPA after more than a decade of professional experience. Trained in Research, Teaching Methods, and Academic Management at both SDA Bocconi (Italy) and the European School of Management & Technology (Germany), she became Assistant Professor at Universidad Argentina de la Empresa (UADE). She was invited to give Lectures to Undergraduate and Graduate students, as well as to Public Officials from Regulatory Agencies created during the Privatization Process in Argentina over the 1990’s. She undertook Research on Economic Regulation and Trade Issues accordingly. Silvia G. Agnelli also co-authored Empresas y Creacion de Valor (Enterprises and Wealth Creation), on Business Strategies applied by Argentinean firms over the early 1990’s, according to a New Institutional Economics perspective. Later, she became Senior Economist at the Ministry of Economy in Argentina, where she conducted inquiries under the Trade Remedy System of the World Trade Organization. She partook in the elaboration of proposals for the MERCOSUR position towards the Free Trade Agreement of the Americas and the European Union – MERCOSUR Trade Agreement, under the chapter of anti-dumping, countervailing duties and safeguards.

Currently, Silvia G. Agnelli is a Research Member of the Observatory on Canada – Latin America Relations (OCLAR), led by Laura Macdonald at Carleton University and focused on Foreign Policy, Investment, Trade and Migration. She is also an elected Member of the Board of the Canadian Association of Latin American and Caribbean Studies (CALACS), which promotes the study and the dissemination of research on this subject in Canada.

She holds a Master’s in Political Science from Université de Montréal, highlighting a Thesis under Denis Saint-Martin. She also holds a Bachelor’s and a Master’s Degree in Economics, from Universidad de Buenos Aires and Universidad del Cema respectively, in Argentina. She is fluent in English, French, Spanish, and Italian and has basic proficiency of Portuguese and German.