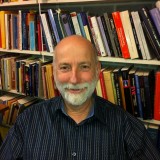 Educated at Upper Canada College, Bishop’s University, and the Nova Scotia College of Art and Design, I went on to do an M.A. in the History and Philosophy of Religion at Concordia in Montreal. I studied Christian theology and then Sanskrit at McGill University obtaining my doctorate in Asian religions in 1999. I also studied South Asian art at the School of Oriental and African Studies, University of London and held an internship in the Department of Oriental Antiquities at the British Museum. I have been a faculty research fellow with the Shastri Indo-Canadian Institute in India and a Fellow of the Royal Asiatic Society.