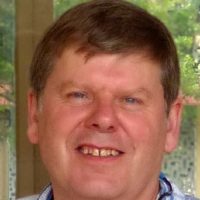 I am a retired mycologist, formerly employed by Agriculture & Agri-Food Canada, and am now a freelance writer. My research expertise was the taxonomy of the asexual fungi known as Hyphomycetes, especially genera such as Fusarium and Penicillium that produce mycotoxins. My research involved the collection and culturing of fungi from agricultural (especially those producing mycotoxins) and other ecosystems (such as forests or the indoor environment), microscopy, DNA-based phylogenetics, the description of new species and genera, and the development of identification systems that can be used by other people scientists, based on either DNA or microscopy. I was very active in fungal DNA barcoding, which has led to a later interest in environmental metagenomics and fungal genomics. My specimens and cultures are deposited in the Canadian National Mycological Herbarium and the Canadian Collection of Fungal Cultures. I am now retired and writing books on the impact of science on human affairs.

I am no longer active in laboratory research but do participate in graduate student committees.