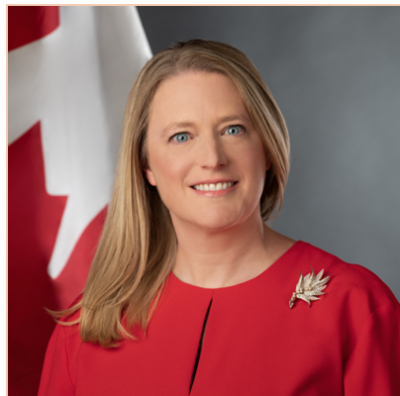 Dr. Ailish Campbell was appointed Canada’s Ambassador to the European Union in October 2020. In this role she leads diplomatic representation to the EU and strategic engagement of Canada’s second largest trade and investment partner.

Ailish joined Foreign Affairs and International Trade Canada in 2002 as a trade negotiator in the WTO Doha Round. During her time as a federal public servant, she has held successively senior executive roles in economic, finance and international policy including at the Privy Council Office and Industry Canada. Outside of the public service, Ailish was Vice President, International and Fiscal Policy, at the Business Council of Canada from 2013 to 2015. In 2015, she returned to public service and became General Director, Economic Development and Corporate Finance, at Finance Canada where she led work on innovation, clean technology, and defence. From 2017 – 2020 she served as Chief Trade Commissioner of Canada and Assistant Deputy Minister, leading Global Affairs Canada’s team of Trade Commissioners across six Canadian offices and over 150 locations worldwide. Under her leadership, the Trade Commissioner Service expanded services to high growth companies and established a range of new digital services to small business to promote the use of Canada’s global network of free trade agreements.

Ailish holds a Doctorate in International Relations from the University of Oxford. Her doctorate thesis was published by Palgrave Macmillan (UK) as “European Welfare States and Supranational Governance of Social Policy”. In August 2020 she earned her ICD.D designation from the Rotman School of Management, University of Toronto. She is designated a Young Global Leader by the World Economic Forum.