Keynote: “The European External Action Service 10 years on: Shaping the EU as a global actor”

The Jean Monnet Centre of Excellence and the Delegation of the European Union to Canada are pleased to present a special event, “The European External Action Service 10 years on: Shaping the EU as a global actor”

Keynote speaker: David O’Sullivan, Former Ambassador of the EU to the United States

The European External Action Service (EEAS) was created as the EU’s foreign office in December 2010. David O’Sullivan, who served as the first Chief Operating Officer of the EEAS and subsequently as EU Ambassador to the United States, reflects on the first decade of the EEAS. Has the EEAS helped strengthen the EU’s role as a global actor? What were the main achievements of the EEAS, which challenges need to be addressed in its second decade? 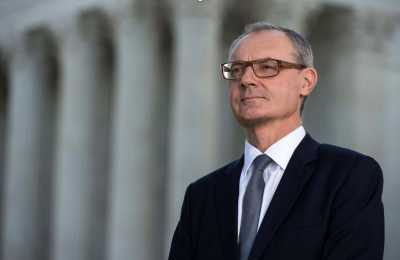 David O’Sullivan served as Ambassador of the EU to the United States from 2014 until 2019. Prior to his appointment as Ambassador, he was the Chief Operating Officer of the EEAS (2010-14) and held several senior posts in the European Commission, including Director General for Trade (2005-10); Secretary General of the Commission (2000-05), and Chief of Staff to Commission President Romano Prodi (1999-2000).

This event is free and open to the public. Registration is required.

***You will receive a confirmation email of registration with your form submission. If you do not receive this email, you may have an error with your email address and need to resubmit the form.

Please note: Registrations will be accepted on a first come basis and space is limited for the event. Accepted registrants will receive an email confirmation. Details and a link to the room will be sent separately before the event. This event is being hosted online with Zoom. Please be sure to download the Zoom software to your computer for access to the event and ensure your name will appear on your device as the registered name.

This event is an activity of the Jean Monnet Centre of Excellence which is co-funded with a grant by the Erasmus + Programme of the European Union and by Carleton University.