On February 14, 2018, The Bank of Montreal’s event marked the release of the “Everywhere, Every Day Innovating: Women Entrepreneurs and Innovation” report. 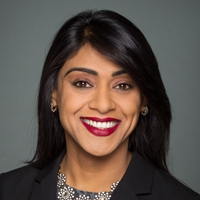 The Honourable Bardish Chagger, Leader of the Government in the House of Commons and Minister of Small Business and Tourism, spoke at the event. The authors of the report, Clare Beckton and Janice McDonald, joined Minister Chagger in a discussion.

The report outlines the implications for business and the Canadian economy resulting from gender differences in approaches to innovation.

The Bank of Montreal, who organized the event, released the report in partnership with Carleton University and the Beacon Agency (a global advisory firm that focuses on entrepreneurship, leadership and research).