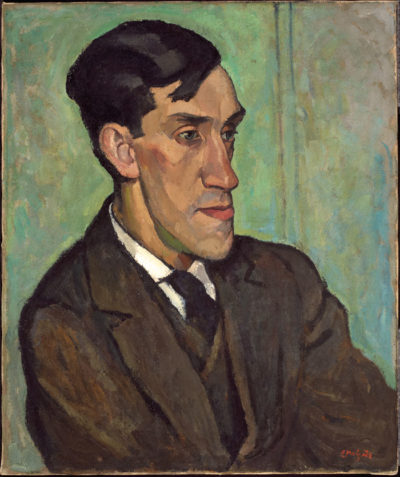 Brian Foss, Director of the School for Studies in Art and Culture and Professor of Art History, has spent the bulk of the last decade researching an unsung, but instrumental collective of Canadian artists known as the Beaver Hall Group.

Professor Foss’s tenacious research culminated last fall in an exhibition for the Montreal Museum of Fine Arts titled 1920s Modernism in Montreal: The Beaver Hall Group, which contains nearly 200 paintings, sculptures, drawings and miscellaneous objects borrowed from approximately 30 public and 42 private collections scattered across the country. Foss followed the lead of the primary curator of the show, Jacques Des Rochers, the Montreal Museum of Fine Arts Curator of Quebec and Canadian Art before 1945. Their teamwork paid tremendous dividends.

The Beaver Hall Group was a diverse assortment of like-minded Montreal based artists, many of whom shared a studio and exhibition space on the city’s Beaver Hall Hill in the early 1920s. Like Toronto’s celebrated Group of Seven, the Beaver Hall Group offered a creative portrayal of life in Canada, but they did so in a very different way. “Unlike the Group of Seven’s vast interpretations of Canada’s natural, unblemished backdrops, Beaver Hall Group art featured portraits of contemporary Canadian individuals, rural life and urbanized, populated cityscapes,” explained Foss.

1920s Modernism in Montreal: The Beaver Hall Group received 92,000 visitors over the course of its three-month showing at the Montreal Museum of Fine Arts and has won this year’s highly coveted Canadian Museum Association’s Award of Outstanding Achievement in the Art Exhibitions category. The accompanying catalogue has also captured the 2016 Melva J. Dwyer Award, given to the creators of exceptional reference or research tools relating to Canadian art and architecture. 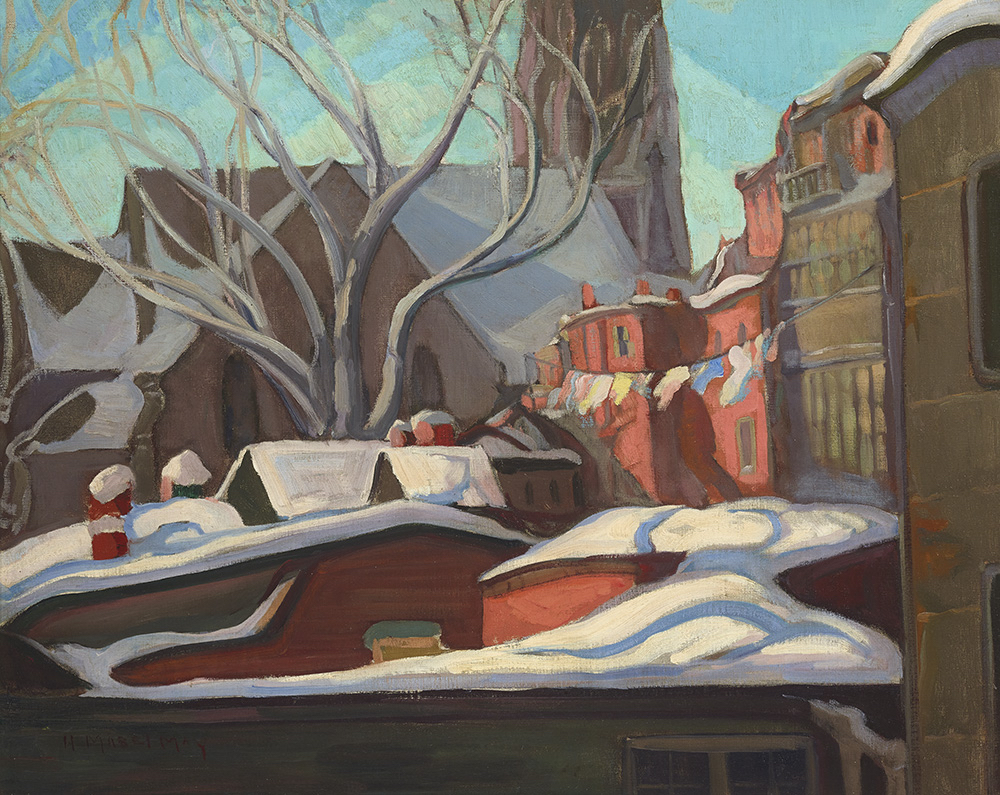 Formed in 1920, the group disbanded in 1923. The consortium of members and associates included the likes of such Canadian art icons as A.Y. Jackson (the Group’s first president), Mabel May, Lilias Torrance Newton, Randolph Hewton, Edwin Holgate, Mabel Lockerby, Anne Savage, Emily Coonan, Adrien Hébert, Henri Hébert, and Prudence Heward. The association was based more on friendship, peer support and a dedication to modernist approaches to colour, draftsmanship and composition, than on a rigorously defined membership or firm commitment to a single subject matter or nationalist view. Aside from their exceptional work, what made the Beaver Hall Group particularly remarkable was the fact that almost exactly half of its members were female artists, when to be a fully professional artist in Montreal often meant being a man. 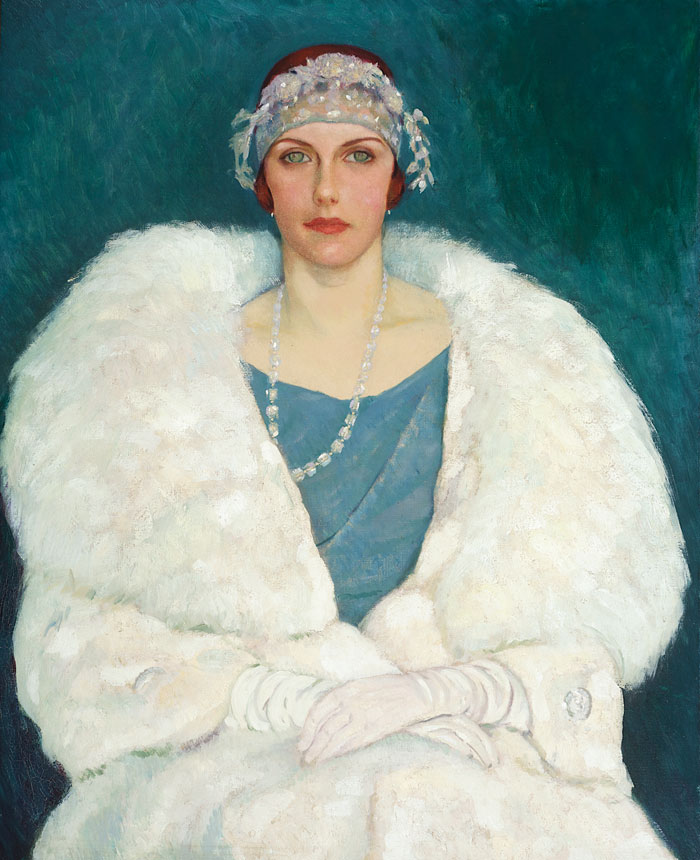 ’The Beaver Hall Group was thus a broadly inclusive collection of artists,” said Foss. “Unlike the Group of Seven, they encouraged women artists as members of their network. This support was a source of validation. The group also featured both Francophone and Anglophone artists, which helped bridge a divided Montreal scene.” 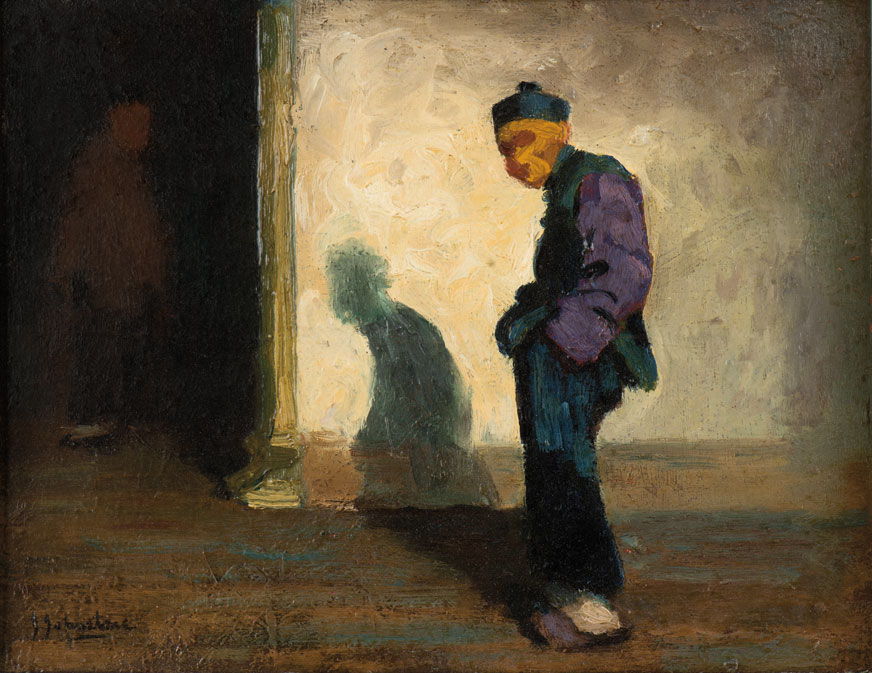 The resounding uniqueness and obscurity of the Group made it an alluring research subject; but this also presented Foss and Des Rochers with some formidable obstacles.

“It could get frustrating. Almost no documentation survived, and what did was difficult to locate. There were no membership lists or constitutions so we had to spend a lot of time in the archives, and needed to really analyze and dissect interviews that earlier researchers had conducted with the members,” said Foss. 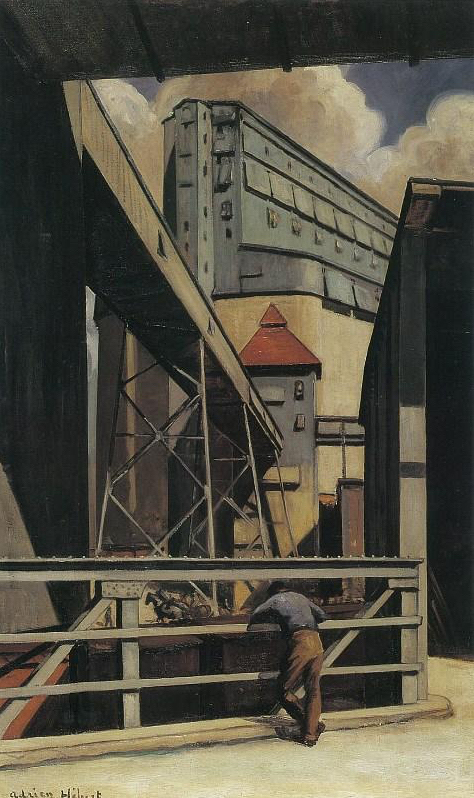 Though the research was arduous, Foss and Des Rochers understood the importance of this undertaking. These artists tell a story about Canada that hasn’t been recounted in any other place. “The Beaver Hall Group offers an alternative, progressive vision of what Canadian modern art can be,” said Foss. “It contrasted the Group of Seven by offering a distinctly Montreal type of modernism.”

So why wasn’t the Group able to carve out an enduring niche in the Canadian consciousness?

“They didn’t have a clear message or narrative to send, unlike the Group of Seven” responded Foss. “They fell victims to their own diverse nature. They stood together as a supportive group of modernists, but beyond that the art was varied, and as a result, they tended not to have a strong public image as a group.”

“It didn’t help that they seem to have held only a few exhibitions during their existence and had only one real spokesperson in A.Y. Jackson. They possessed no political interest in becoming famous. It’s up to us to remember them for the accomplished, progressive artists they were.”

Foss hopes the exhibition 1920s Modernism in Montreal: The Beaver Hall Group helps viewers understand the complexity and quality of this often misunderstood group. “I aspire to cultivate a new appreciation for the Beaver Hall Group, and for people to walk away from the exhibition knowing that there was a thriving modernist art scene in Montreal during the 1920s that was representative of a broad cross section of the city’s artists; that Canadian modernist art of this era was more complicated and multi-faceted than it is often thought to have been.”

1920s Modernism in Montreal: The Beaver Hall Group opened in October 2015 at the Montreal Museum of Fine Arts and ran until January 31, 2016. The exhibition is on a cross country tour that includes the Art Gallery of Hamilton, followed by a stop at the Art Gallery of Windsor, and then at the Glenbow Museum (Calgary).

The exhibition has been widely reviewed, including in the Globe and Mail, Le Devoir, the Montreal Gazette and CBC Radio’s The Sunday Edition, which broadcast a documentary on the Beaver Hall Group and the exhibition.

The catalogue has won the 2016 Melva J. Dwyer Award, given annually by the Art Libraries Society of North America in recognition of exceptional reference or research tools relating to Canadian art and architecture.

The 352-page catalogue includes six substantial essays; dealing with the social and artistic contexts within which the Group was formed (Jacques Des Rochers), the ways in which the Group was later incorrectly interpreted as being a collection of women artists only (Des Rochers), the influence of the members’ artistic training (Hélène Sicotte), Montreal’s rich art, theatre, music, film and dance scene during the Beaver Hall years (Brian Foss), the ways in which the artists explored modernist concerns in their choices of subjects and styles (Esther Trépanier), and the complex roles occupied by women artists in the Beaver Hall Group and in the larger Canadian art world (Kristina Huneault).

Carleton University’s School for Studies in Art and Culture is pleased to announce that genre-defying multi-instrumentalist Petr Cancura will be the artist-in-residence in Carleton’s music program for the Winter 2021... More

The ongoing detention of Cihan Erdal, a 32-year-old PhD student at Carleton University, has sparked a growing international movement advocating for his release. More than 2,200 people, including famed... More